Wigemark: EU has no back-up plan for possible crisis in BiH 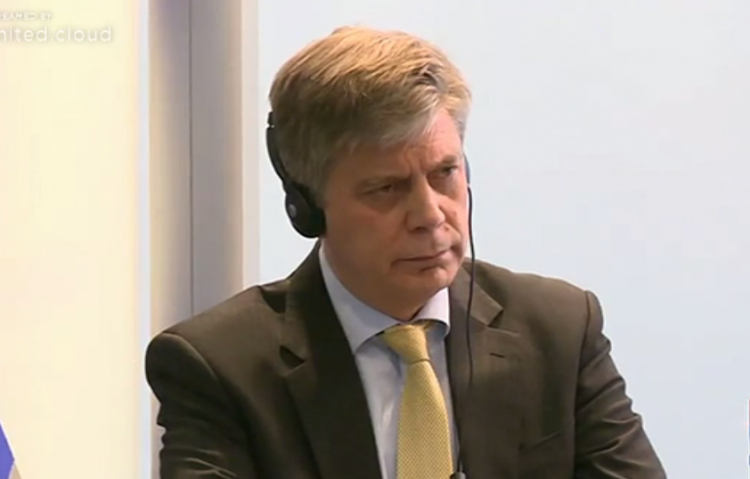 Head of the EU Delegation in Bosnia and Herzegovina, Lars-Gunnar Wigemark, stated that the EU had no “backup plan” to face a possible crisis in Bosnia, which might emerge if agreement on changes to the Election Law was not reached by the beginning of May.

Following the meeting that he and US Ambassador to BiH, Maureen Cormack, held in Sarajevo on Wednesday with leaders of four political parties, where they discussed changes to electoral legislation, Wigemark said that this was not an opportunity to present a new international initiative but an opportunity to hear what the local politicians wanted and planned to do in order to carry out changes to the Election Law.

“There is no special initiative of the European Union and the USA. We only listened to them,” he added.

The next step is convening a meeting of all important political parties, to see if they could reach a joint stance that is necessary for compromise.

“That is a part of the process that we support in order to gather all relevant parties around the table,” Wigemark noted, adding that it was clear no one in this process would get everything, while everyone was expected to give something.

He marked as a good news the statements showing everyone wanted some kind of agreement, but he could not say anything specific in case if agreement was not reached by May 6th.

“The EU does not have a plan for a possible crisis after elections but it is clear that would have a negative influence on process of European integration of BiH,” Wigemark underlined.

He concluded by saying that this was were Bosnia's politicians should show how responsible they were towards citizens, whose interests they were supposed to represent, and that voters should keep that in mind on October 7th.