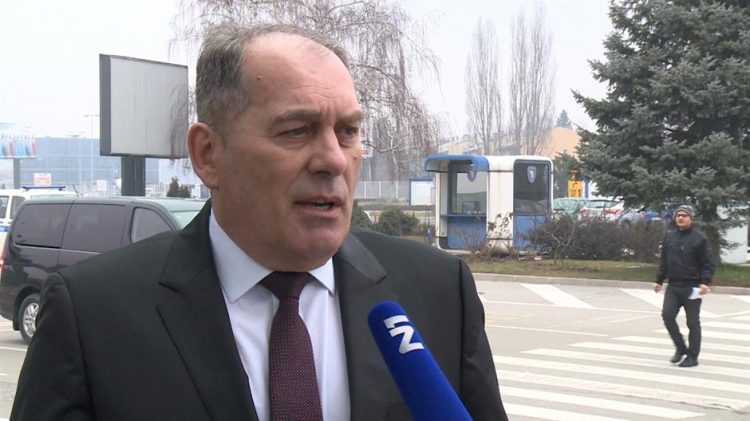 Bosnia and Herzegovina's Security Minister Dragan Mektic said that BiH faces an ever growing problem of illegal migrants whose number has increased by 500 percent, adding that an increased engagement of the EU is required in order to stop this inflow.

Mektic stressed the Security Ministry's commitment to being part of the European security system and the Ministry's excellent cooperation with the European institutions and agencies. Mektic also pointed out the fight against radicalization, violent extremism and terrorism.

“The measures we undertook in this field resulted with the fact that we have not had a single terrorist incident in BiH, in the past four years”, Mektic said and familiarized them with the initiated prevention and deradicalization projects.

He stressed that, lately, Bosnia faces an ever growing issue of increased inflow of illegal migrants whose number has increased by 500 percent, adding that a bigger engagement of the European Union in stopping the inflow of migrants is required.

Speaking about key challenges in Bosnia, Mektic especially stressed the wide-spread corruption aided by the unwillingness of political elites to oppose this phenomenon and inefficiency of the judiciary in the processing of these criminal offences.

The European parliamentarians rated the meeting and the information on key security challenges, as well as measures taken by Bosnian security agencies as productive, stressing that the security in Bosnia and the region will remain in the focus of this Subcommittee.