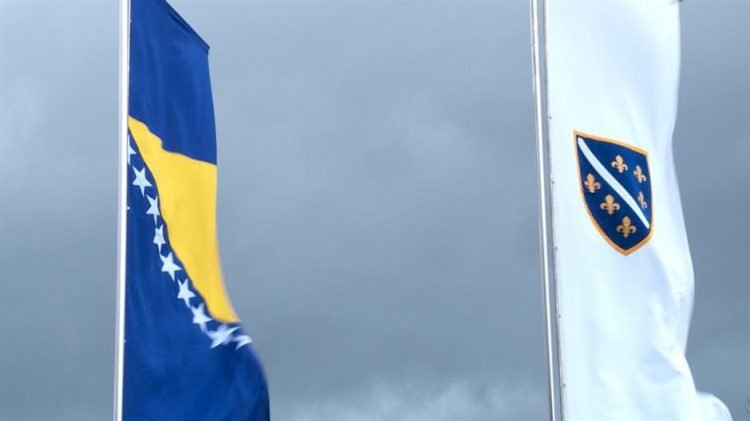 On this day, April 6th 1992, BiH gained international recognition when the European Community, precursor to the EU, recognized BiH as an independent state within its current borders.

With this recognition, BiH became subject to International Law. It gained the right to become a UN member state, member of the Organization for Security and Cooperation in Europe as well as member of all other international organizations and agencies.

The Brussels’ recognition prompted the US to recognize the independent and sovereign BiH. Washington's recognition followed a day earlier, on April 7th.

As part of the celebration of April 6th in Sarajevo, numerous delegations laid flowers this morning, at the Vječna vatra memorial to fallen military and civilian victims of World War 2 in Sarajevo, amid the Day of the City of Sarajevo, April 6th.

Head of the Association of Anti-fascist and People's Liberation War veterans in Canton Sarajevo Ibrahim Comic stressed that the month of April was crutial for Sarajevo and that many important events occurred in 1941 – the bombing of Sarajevo and its liberation in 1945.

FBiH Vice President Milan Dunovic recalled the events from 73 years ago, stressing that citizens then proved they can achieve good things together.

“After the 1992 attack, Sarajevo residents defended this city once again and that is the symbolic value of April 6th”, Dujmovic said.

Head of Sarajevo City Council Igor Gavric said that this date is crucial for the City of Sarajevo as a day when Nazi-fascist forces attacked Sarajevo, but also as a day when 50,000 people said they reject the madness from 26 years ago.

Canton Sarajevo Assembly Speaker Ana Babic stressed the importance of this date, pointing out the great joy of celebration of Sarajevo's birthday. Sarajevo Mayor Abdulah Skaka and head of the City Council Igor Gavrić laid flowers at the martyrs cemetery Kovaci and paid their respects to the martyrs and fallen soldiers.

April 6th is considered one of the most important dates in BiH's history.