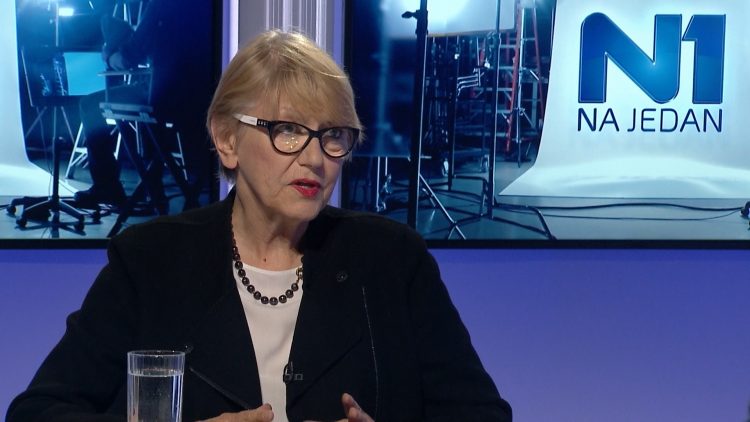 On the eve of the latest appeal at The Hague Tribunal to overturn a not guilty verdict in the trial for alleged war crimes by the leader of the Serbian Radical Party, Vojislav Seselj legal observers refused to speculate on the outcome.

“I would not speculate on that matter,” said Sonja Biserko, Head of the Helsinki Committee for Human Rights in Serbia. “I personally believe he is guilty, but we shall see what the Court will say,” she said.

Šešelj was charged on three counts for crimes against humanity (persecution, deportation and inhumane treatment), six counts of breaking the laws and customs of war (murder, torture, cruel treatment, wanton destruction, destruction or wilful damage to institutions dedicated to religion or education, plunder of public or private property).

The alleged crimes were said to have been committed from August 1991 to September 1993, against the non-Serb populations of Croatia, Bosnia and Herzegovina and the province of Vojvodina in Serbia.

According to the indictment, Šešelj was charged with directly committing or encouraging and supporting the execution of those crimes by engaging in a joint criminal enterprise the purpose of which was the permanent removal of the majority the Croats, Muslim and other non-Serb populations.

The Trial Chamber of the International Criminal Court for the former Yugoslavia acquitted Šešelj of all charges on March 31st, 2016.

Helsinki Committee head Biserko said she believed the first instance verdict was a “catastrophe” in the sense, that crimes she claimed “allegedly committed by Šešelj and his followers were not taken into account at all.”

For example, she explained a political project to create a Greater Serbia was not considered to be criminal. Implementation of the Greater Serbia project, she claimed was impossible without crimes, expulsion and genocide.

Biserko’s comments came during the second instance adjudication of Vojislav Šešelj's case, which returns to the courtroom on Wednesday at the International Residual Mechanism for Criminal Tribunals.

Biserko said while she thought that The Hague's verdict did not have much impact on the region, the Tribunal's new judgement was of great importance in the long term because it was the first step in confronting events from the 1990's.

She praised the tribunal for playing a key judicial role without which the region would never have reached the level where certain crimes were identified, an abundance of documentation was collected and vital witnesses gave testimony in court.