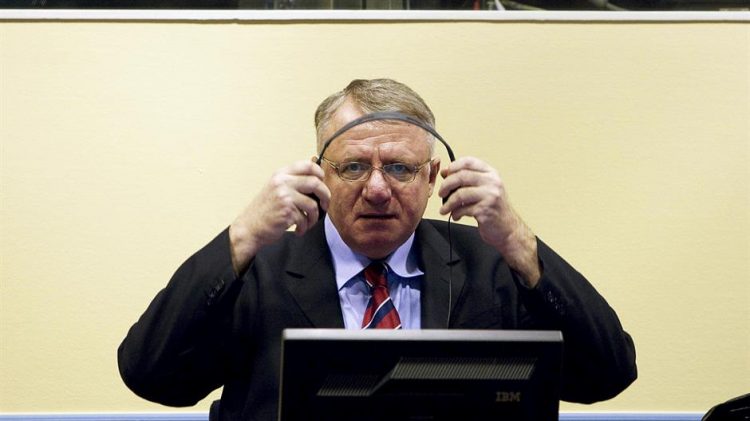 The UN Court convicted Vojislav Seselj on three counts for crimes against humanity (persecution, deportation and inhumane treatment). The verdict was read by judge Theodor Meron.

“The Court declared Seselj guilty and convicted him to 10 years in prison. Seselj has served his sentence and it is subtracted from time served in the MICT's prison. The prosecution's appeal is rejected in all other aspects,” said judge Theodor Meron, President of MICT.

Meron said Seselj has made several objections concerning his right to fair trial. “The arguments were repetition of earlier stated objections”, Meron said. He added the arguments do not show the existance of any mistake and the Appellate Chamber rejected all his objections.

The Appellate Chamber abolished the first instance acquittal verdict of Vojislav Seselj and found him guilty of persecution and incitement to persecution of Croats in Hrtkovci, Vojvodina Province.

Seselj told the Beta agency that the verdict was unlawful because, according to Anglo-Saxon law acquittal verdict cannot be overturned into a conviction during the appeals process.

“They could have quelled the verdict and returned it to retrial,” said Seselj, adding that the second-instance verdict against him was brought by those who “never saw him in real life.”

“According to Seselj, there has never been a systematic and widespread attack on the civilian population in Hrtkovci.

The Trial Chamber of the International Criminal Court for the former Yugoslavia acquitted Seselj of all charges on March 31st , 2016.

The prosecution filed an appeal to the first instance verdict, demanding a 28-year prison sentence or a retrial. Seselj was not present in the courtrooom during the verdict presentation.