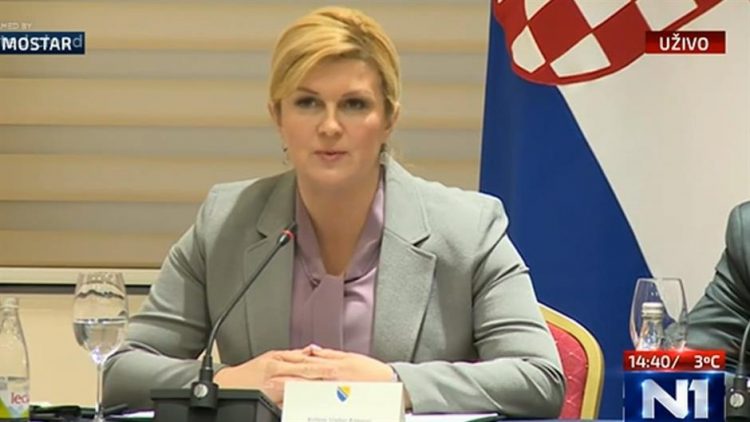 Croatia has recently increased its police presence along its border with Bosnia due to the massive increase of migrants using Bosnia as transit toward Western Europe.

“Croatian police has strengthened all necessary capacities to control the state border, the outside border of the EU with Bosnia and Herzegovina, with additional diployment of officers and engagement of the necessary human and technical capacities,” Croatia’s President, Kolinda Grabar Kitarovic, said.

According to the official data, 371 people were caught trying to illegaly cross the border toward Croatia within the first three months of 2018, which is 70 percent more than within the same time period last year. Nearly 300 people were sent back to Bosnia in a readmission process.

Most migrants try to enter Croatia with the help of smugglers, but some try it on their own as well. According to Croatian media, the majority of these border crossings take place at the most narrow part of Croatia, where the distance between the Bosnia’s western Una-Sana Canton and Slovenia’s border is some 70 kilometres long.

Grabar Kitarovic recently told the local Vecernji List newspaper that Croatia will do all it can to prevent migrants from entering their country from Bosnia, adding that Croatia is prepared to help Bosnia in managing the influx of migrants.

She said that Croatia would, through the European Border and Coast Guard Agency, Frontex, make its officers available for monitoring the border at the eastern Mali Zvornik border crossing between Bosnia and Serbia.