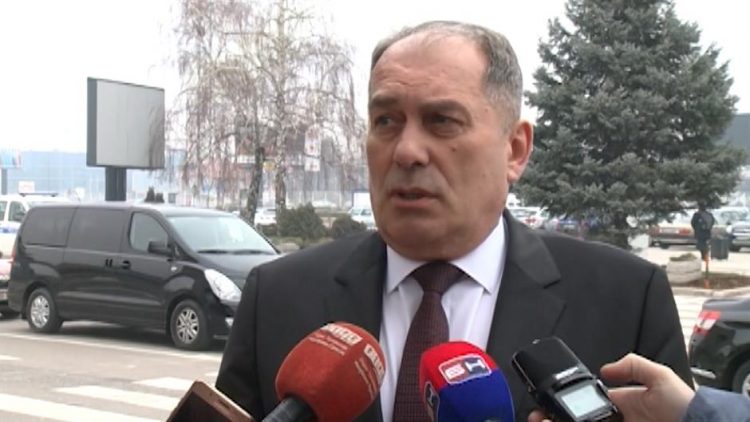 Bosnia's Security Minister Dragan Mektic reacted, Monday, to the speech of Bosnia's Presidency member Dragan Covic during the Croatian Democratic Union's (HDZ) Convention in Zagreb, saying it was a dangerous parallelism and undermining of the state.

In his speech in Zagreb, the Croat Democratic Party (HDZ BiH) Leader, a sister party of the Croatian HDZ, said that Bosnian Croats will continue to defend the Croatian borders and prevent any threat from Bosnia from spilling over to Croatia.

Mektic said the speech was scandalous and dangerous for Bosnia and in line with what has been going on in the Herzegovina region for the past few days: the stopping of the migrant convoy en route from Sarajevo to the Mostar asylum centre by the local police, only to let the convoy pass a couple of hours later, and the subsequent meetings of the HDZ representatives from local authorities to discuss the security situation the Herzegovina-Neretva Canton, where the asylum centre is based.

“It is becoming ever more obvious what Dragan Covic's ‘Plan B’ is. It is the creation of some sort of parallelism by the HDZ BiH and by him, personally. Covic is attacking the Constitutional order of this country, personally,” Mektic said.

“Stressing that the Croat people are standing along the 100-kilometre long border with Croatia and that they won't allow any threat to cross over into Croatia is making-up of problems because Bosnia has no intention of causing any problems to its neighbours, neither to Croatia nor to Serbia.

Speaking at the HDZ's Convention, Dragan Covic said that the Croat people in Bosnia will prevent any uncertainty from overspilling from the Western Balkans into Croatia.

“I guarantee you that on the other side of the thousands of kilometres of the common European border, you have a Croat people, an organized Croat people, who will send the same message as they recently did about the Peljesac Bridge and many other uncertainties waiting to overspill from the Western Balkans or Southeast Europe towards Croatia. This will not pass! There are enough of us at all levels of government that we will stop anyone from doing anything of the sort,” Covic said.

The Social Democratic Party's Sasa Magazinovic who is also a member of the Bosnian Parliament said:

“These and similar statements cannot change the fact that it is Covic and his policies that are to blame for Bosnian Croats leaving the country to live abroad. He would be better off if he were to create conditions to boost employment or to build at least one metre of Herzegovina highway.”

Ilija Cvitanovic, the Leader of the HDZ 1990, a party that was formed by dissatisfied former members of the HDZ BiH said that “when Covic is defending the interests of Bosnia and Herzegovina in the Republic of Croatia, it doesn't cross his mind to resolve the issue of Bosnia's state property in Croatia.”

Last week Croatia adopted a new Croatian Property Management Law. The Law allows for the management of properties owned by other states formed by the breakup of Yugoslavia. The Law allows the Croatian competent ministry to rent the said properties to interested parties for a period of up to 30 years.