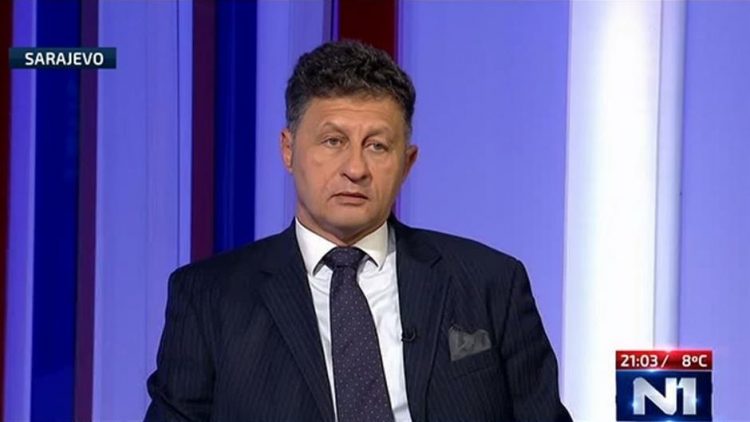 After Bosnia’s Embassy in Australia announced that Bosnian language will be taught in schools in New South Wales, Bosnia’s Foreign Minister and Serb member of the country’s tripartite Presidency said the Ministry has not agreed to this and that it was a private initiative of Bosnia’s Ambassador to Australia.

“All activities of the Ambassador and other diplomatic officials of Bosnia and Herzegovina in regard to the education sector, such as the organisation of classes in Bosnian language in high schools in New South Wales, in Australia, can be exclusively seen as private activities of persons who have no support from or agreement with the relevant institutions,” the Ministry of Foreign Affairs, led by Minister Igor Crnadak, said in a press release.

The release also said that Bosnia’s state level ministries don’t have competencies regarding the education sector within Bosnia or outside the country.

“Minister Crnadak does not know that Serbian and Croatian languages were previously recognized in Australia’s New South Wales as languages used in classes attended by the children of citizens with Bosnian heritage. Bosnian language was, up until this week, not equal to the two other official languages of our country and our public was informed of this initiative, so this injustice was fixed,” Hajric said.

“As the Ambassador of Bosnia and Herzegovina and an intellectual with a journalists’ diploma where language means a lot, I would take the same stance regarding Serbian and Croatian language to be made equal with the Bosnian language,” he said.

The Ambassador also reacted to the statement that there is no agreement with Bosnia’s Presidency or other Bosnian institutions to hold Bosnian language lessons in New South Wales, saying there was also no agreement for Serbian or Croatian either.