OHR and embassies worried about HDZ BiH and SNSD's inaction 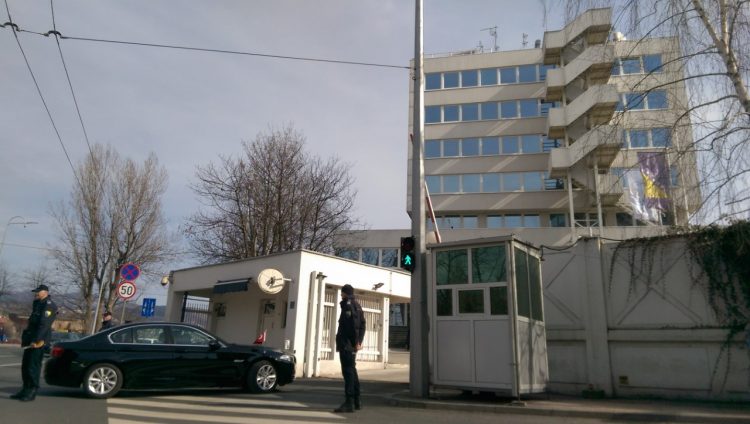 The embassies of Canada, France, Germany, Japan, the Netherlands, Spain, Turkey, United Kingdom, United States, and the OHR and OSCE are deeply concerned about the evident lack of genuine interest by HDZ BiH and SNSD in implementing the decision of the Bosnian Constitutional Court on the Bosnian Criminal Procedure Code (CPC).

In a joint statement, they say it is clear that they are not concerned that their inaction will severely undermine the fight against corruption and organized crime in Bosnia and Herzegovina.

“Through the amendments proposed by the Croat Democratic Union (HDZ BiH), the Alliance of Independent Social Democrats (SNSD) and the HDZ BiH pushed for changes to the CPC by the Bosnian Parliamentary Assembly that are not in line with International standards, while opposing amendments that would meet those standards and also assure prosecutorial and judicial effectiveness at the state level. Moreover, they have created procedural obstacles in the state level Parliamentary Assembly for the adoption of any CPC amendments,” embassies said.

The undersigned embassies and organizations find the apparent effort by these parties to create legal gaps and strip the state judicial institutions of the tools to effectively fight organised crime and corruption completely unacceptable.

The embassies of Canada, France, Germany, Japan, the Netherlands, Spain, Turkey, United Kingdom, United States, and the Office of the High Representative which oversees the implementation of the Dayton Peace Agreement that ended the war in Bosnia (OHR) and OSCE strongly urge Bosnian political parties to adopt amendments to the Criminal Procedure Code which are in line with international standards and which address the changes required by the Constitutional Court, without further delay.

The Constitutional Court declared some of the Law’s articles addressing the process of granting immunity from legal prosecution, physical search and special investigative procedures as unconstitutional in 2016, and gave lawmakers six months to adopt adequate changes.