OHR, US Embassy: RS will never unite with Serbia 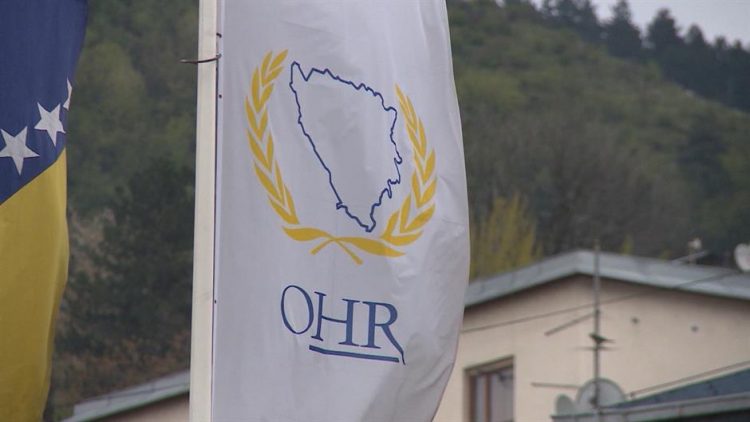 Bosnia’s Serb dominated entity can not and will not secede and unite with neighboring Serbia, international officials monitoring the peace in Bosnia said, reacting to a statement made the Bosnian Serb leader who said Republika Srpska will be part of Serbia by the end of the century.

“According to the Peace Treaty, entities have no right to secede and they themselves only exist thanks to the Constitution of Bosnia and Herzegovina,” the OHR said.

The position was echoed by the US Embassy in Sarajevo, which said that Bosnia’s territorial integrity will not be questioned.

The 1992-95 Bosnian war ended with a peace agreement brokered by the US government in Dayton, Ohio, and it recognized the integrity and sovereignty of the country but divided it internally along ethnic lines in two semi-autonomous entities, one for the Serbs, the other shared by Bosniaks and Croats.

“The Dayton Peace Agreement stated clearly that the entities and their competencies exist only as part of the internal structure of Bosnia and Herzegovina,” the Embassy said, adding that the status of the country is “not a matter of someone’s opinion but a fact established by international law.”

Bosnian Prime Minister, Denis Zvizdic, a Bosniak from the Party of Democratic Action (SDA) which vehemently opposes any dissolution of the country, said in a Wednesday statement that Dodik should stop “dreaming while being awake.”

“Everyone, except Dodik and inveterate extreme nationalists, know that the RS, as a Bosnian entity, will never unite with Serbia into ‘one state union’, and that the Drina river, as a beautiful river, but unfortunately also as the largest mass grave of innocent Bosniaks who were killed, will forever remain the border between the sovereign and integral Bosnia and Herzegovina and Serbia,” Zvizdic’s statement reads.

“This is why I call upon Dodik, but also all others who fantasize about changing borders and about new divisions, to stop ‘dreaming while awake,’ to understand and accept the reality that the architecture of the Western Balkans is completed.”

Zvizdic added that it is now time to tend to the real needs of Bosnia’s citizens, naming EU integration, internal cohesion, peace and stability, economic development and new employment opportunities, as well as the strengthening of regional cooperation, and he added that statements like the one from Dodik are only made for election campaign purposes.