More than a hundred Canadian veterans are arriving in Sarajevo for the annual "Battlefield Bike Ride 2018" where these Canadian cyclists will ride to places of significance to Canadian Armed Forces members and their families who served in the Balkans during the 1990s. including Sarajevo and the towns of Mostar, Gospic, Gracac, and Medak.

They will be in Bosnia and Croatia between June 8 and 16, and the route they will be riding is 600 km long.

In September 1993, Canadian soldiers experienced their most intense firefight since the Korean War. The soldiers of 2nd Battalion, Princess Patricia’s Canadian Light Infantry, were under fire by heavy machine guns, artillery and small arms near the village of Medak in Croatia. Canadian soldiers would remain in the Balkans with a series of UN (and later NATO) peace support operations in Croatia, Bosnia-Herzegovina, Macedonia and Kosovo in the former Yugoslavia until 2005.

They had experienced the horrors of civil conflict ranging from being taken hostage, being used as human shields to prevent NATO airstrikes, collecting evidence for war crimes, securing mass graves, and assisting patients in hospitals that had been abandoned.

“Through each leg of the journey we will honour the service and sacrifice of those Canadians who fought there, the 23 Canadians who paid the ultimate sacrifice in the Balkans and the thousands whose service left them forever changed with the physical and mental scars of the conflict,” Todd McGowan, director of the Battlefield Bike Ride 18 said.

McGowan is a retired Army Chief Warrant Officer with 27 years of Canadian Forces Service. He completed tours in Saudi Arabia, Kuwait/Iraq, Croatia, Bosnia, Germany, Afghanistan, Turkey and sailed with HMCS Ottawa and was skydiver with the SkyHawks parachute team.

McGowan is also an avid cyclist with extensive experience of European bike touring. He is also a Wounded Warrior himself and a graduate of the sponsored Veterans Transition Program for PTSD veterans. 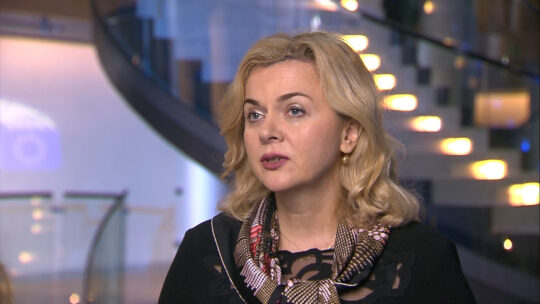