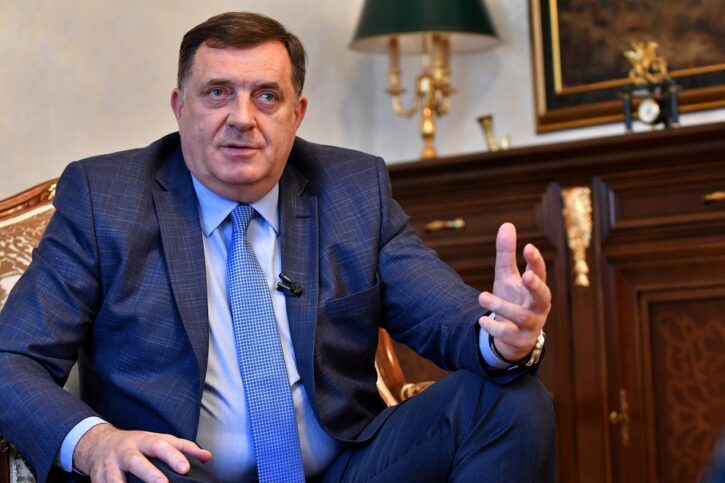 Bosnian Serbs, the Republika Srpska (RS) entity and I as Bosnia's tripartite Presidency Chairman do not recognise November 25 as Statehood Day, Milorad Dodik wrote to US President Donald Trump after he congratulated Bosnia's Statehood Day.

“As Bosnia's Presidency Chairman, I wish to inform you that Serbs, as constituent peoples in Bosnia and Herzegovina, the RS entity and I personally do not recognise November 25 as Statehood Day, nor was that date regulated by any relevant decision as a holiday in this country,” Milorad Dodik wrote in his letter to Trump. “The other two peoples in Bosnia, Bosniaks and Croats continued celebrating this holiday after the communist era, but Serbs don't see it as their holiday.”

Bosnia's Presidency consists of three members, coming from three constituent people in the country – the Bosniaks, Serbs and Croats.

He said the Trump administration was confused by the previous administration's moves which turned a blind eye to the RS’ complaints.

Dodik told Trump he plans to build honest and successful relations with the US and that he welcomes Trump's policy of non-interference in other countries’ internal affairs and patriotism in the world.

Bosnia went through a bloody war from 1992 to 1995 which was ended by the signing of the Dayton Peace Agreement. The war was part of the breakup of Yugoslavia. Following the Slovenian and Croatian secessions from the Socialist Federal Republic in 1991, the multi-ethnic Socialist Republic of Bosnia and Herzegovina passed a referendum for independence in February 1992.

In the end, Bosnia's Presidency Chairman congratulated Trump on his election and sated his full support for the way he leads the US in becoming an “even more powerful and prosperous country.”