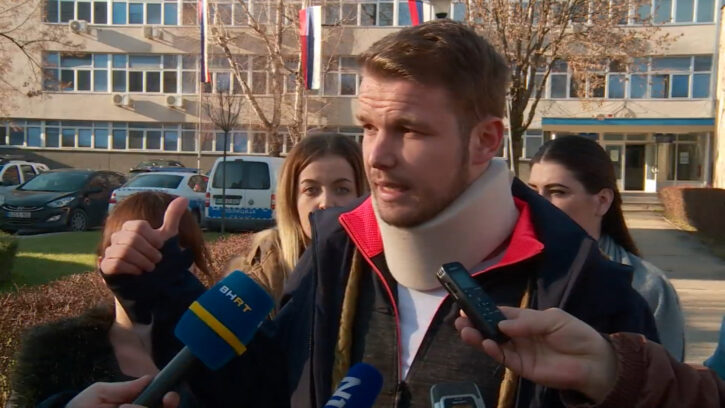 Police assaulted free people and acted without warning, opposition MP Drasko Stanivukovic told reporters after he was released from detention Wednesday. He dismissed the charges police cited as the reason for his detention, saying he was only defending himself.

“They say I damaged the car, well, I was defending myself. There was not a single piece of evidence to keep me there,” said Stanivukovic who was apprehended on Tuesday while expressing support to Davor Dragicevic, a father seeking for justice for his son who was murdered in March this year.

Stanivukovic said the police used excessive force against him and other citizens who gathered in support for Dragicevic. He denied statements made by Dragan Lukac, the Interior Minister in Bosnia's semi-autonomous Republika Srpska (RS) entity, who said that police did not injure Stanivukovic.

He announced he would go on protesting “in a dignified manner” and that the police operation his ministry conducted on Tuesday will likely cause even more rebellion among citizens.

“It is my duty as a people's representative to support every kind of legal battle. We must set Republika Srpska free,” Stanivukovic said.