Opposition MP claims he is subject of 'political persecution' 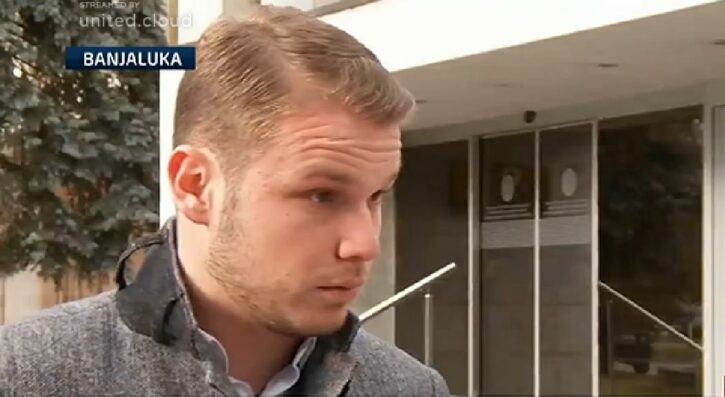 Opposition politician and MP in entity parliament of Bosnia's Republika Srpska (RS) entity, Drasko Stanivukovic, warned he was the subject of “political persecution” and he denied the allegations the District Prosecutor's Office of Banja Luka charged him with.

Stanivukovic was apprehended on Monday, a day after the police issued an arrest warrant for several people including him, in connection with Banja Luka protest and alleged violation of the public order and peace.

Following the questioning in the prosecutor's office on Wednesday, Stanivukovic was released.

He said the prosecutor charged him with breaching the public order and peace during the last week's protests of citizens who have been demanding for months that the murder of 21-year-old David Dragicevic from March this year is solved.

“I did not expose myself, I didn't use a megaphone, I didn't address anyone. The penalty notice says I spoke loudly. I'm not sure if someone measured decibels of my talk,” said Stanivukovic adding that all he was repeating was “Justice for David.”

Speaking for N1, the opposition MP denied that he damaged a police vehicle in the last week's protest or that he damaged the equipment that was installed in Banja Luka's central square for the open-air New Year celebration.

“We are speaking about classic persecution,” said Stanivukovic.