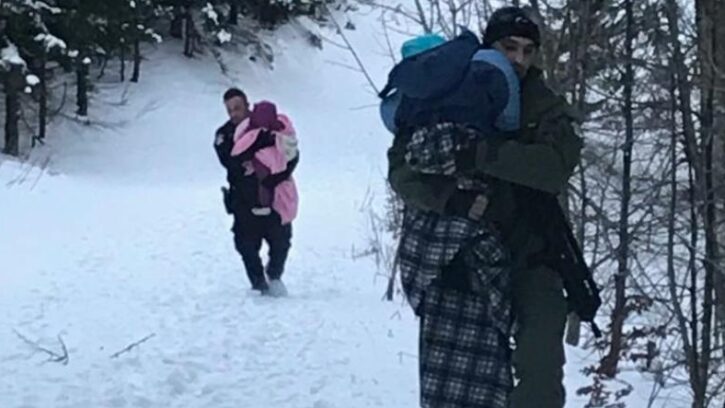 Six children were among the 15 migrants rescued on Tuesday from severe weather on the Pljesivica mountain on the border with Bosnia and Herzegovina, the Interior Ministry said on Wednesday.

Police found a number of persons in need of medical assistance on the Pljesivica mountain on Tuesday afternoon. Given the inaccessible terrain and high snow, firefighters and the road maintenance were called in to clear the snow, the ministry said.

The children, aged one to ten years old, were accompanied by four men and five women. The women and children received medical assistance before being taken to the hospital in the town of Gospic, some 50 kilometres from the scene. Two of the women were hospitalised, while the other migrants were taken to the local police station for identification.

The Interior Ministry warned last month that the winter weather could be fatal, especially for the most vulnerable, who attempt to enter the country via illegal crossings.

Today, the ministry called on NGOs and other humanitarians who assist the migrants on the so-called Balkan route to inform the migrants about the rules of legal entry and warn about the dangers of attempting to enter the country illegally.

In the first 11 months of 2018, the Croatian police arrested 7,500 illegal migrants, of whom 979 have sought international protection, while the others were returned to the countries from where they had entered Croatia.