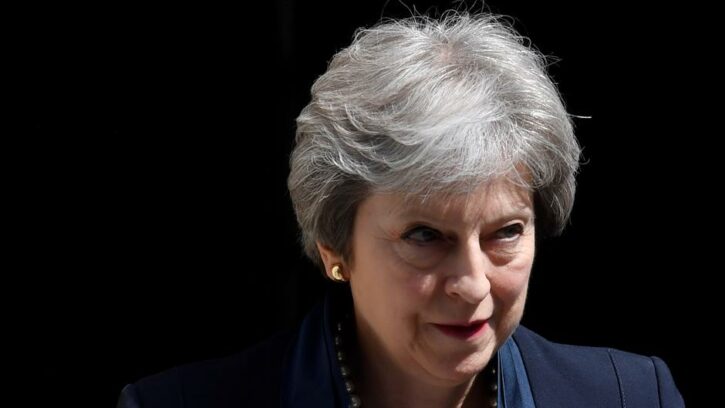 Theresa May will stagger on as Britain's Prime Minister after her government survived a vote of no confidence called in the wake of Tuesday's devastating parliamentary defeat for her Brexit deal.

The latest twist in Britain's political drama came after opposition Labour leader Jeremy Corbyn called for a vote of no-confidence in the government on Tuesday night after lawmakers soundly rejected May's Brexit deal by 230 votes. The margin of defeat was the biggest for any UK government in the modern parliamentary era.

In what perfectly sums up the chaotic state of British politics at the moment, many of the MPs who cast votes of confidence in the government on Wednesday were the same ones who voted against its signature policy — the Brexit deal — the night before.

May's defeat on Tuesday was largely due to a rebellion led by the right wing of her party. But if there is anyone the arch-Brexiteers dislike more than May, it's Corbyn — someone they had no intention of opening the door to become Prime Minister.

This week's developments have left May in control but weakened and without a clear way forward for her Brexit plan just 72 days until Britain is due to leave the European Union on March 29.

Britain now ultimately has several options: to delay the exit, to leave the EU with a renegotiated deal, to crash out of it without a deal, or to flip the past two and a half years into reverse and not exit at all.

Despite clinging onto the reins, the next few days remain treacherous for May.

She has three days to come up with an alternative Brexit approach that British lawmakers can agree upon. As a way to achieve consensus, May has offered cross-party talks with lawmakers, something which she promised the government would approach in a “constructive” manner.

On Monday, May will then return to Parliament to lay out her alternative Brexit plan. If she can get it approved by lawmakers, May will look to eventually take a revised deal to EU leaders.

There is no guarantee the EU would agree to reopen negotiations. It took over two years of painstaking debates and negotiations for May to even secure approval from EU leaders for her original (and now defeated) plan. And the clock is ticking.

With just 72 days left before the country is due to leave the EU – and if no agreement can be reached – the UK edges towards crashing out of the EU without a deal altogether, in what will be an incredibly messy split.