Migrants use handbrake to stop train and run away 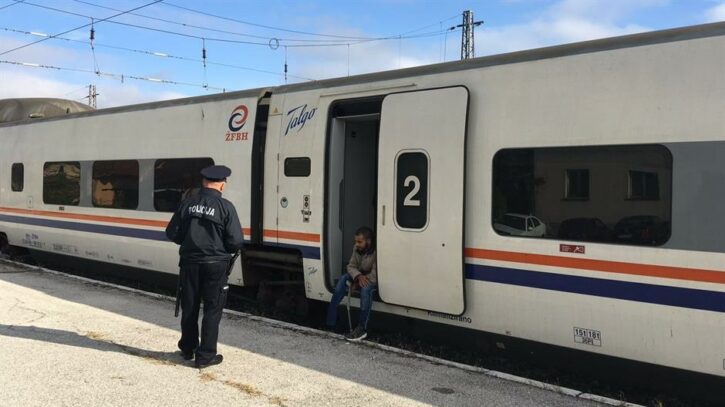 A group of migrants stopped a passenger train running from Bihac to Sarajevo, pulling the train's handbrake, after which they escaped.

The incident took place after the train passed the Stanari train station, in northern Bosnia and Herzegovina.

After speaking with the passengers, the police found out that migrants stole a bag with some money in it and some food and a cellphone charger from several passengers, before escaping the train.

Since the beginning of 2018, scores of migrants have crossed into Bosnia as neighbouring countries closed their borders. While migrants initially avoided the country in the early years of the crisis, Bosnia has meanwhile become a migrant hotspot.

The most affected area is the Una-Sana Canton (USK), in Bosnia’s northwest, as it borders with Croatia, which is where the migrants want to go on their way toward western European countries. But locals and authorities in the towns and communities in the USK have been criticising the state government over its inability to cope with the situation.