Russia needs Serbia for its influence in Balkans 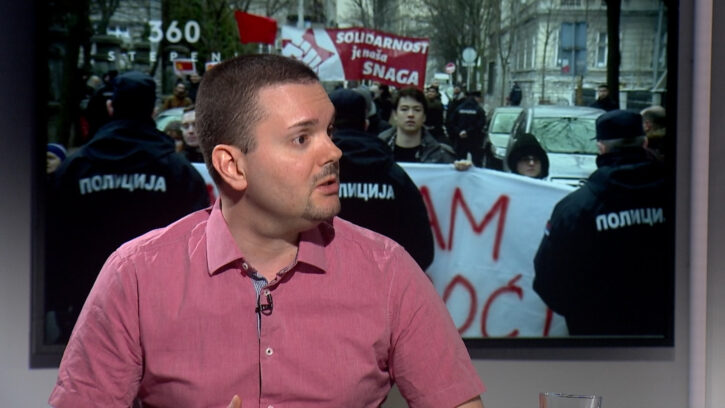 Moscow’s interest is for the Kosovo problem to remain a frozen conflict since it’s the way Russia can have a say in the events in the Western Balkans, a historian has told the Belgrade state radio, the Beta news agency reported on Friday.

Milivoj Beslin said Russia was isolated, under the international sanctions over its annexation of the Crimea and the support to local Russians’ rebellion in eastern Ukraine and needed Serbia for own interest.

“That’s continuous Russian policy: Moscow needs Belgrade to compete with other powers, i.e., the West in the Balkans,” Beslin said.

He was speaking a day after Russia’s President Vladimir Putin visited Belgrade for the second time in less than five years.

Serbia’s authorities welcomed him as the best friend, big Christian Orthodox brother and the protector of Belgrade’s interests on the world political scene.

“The international relations are not emotional, and if there is some affection, it is used as a cover story for real interests,” Beslin said.

However, Beslin said Russia’s and Serbia’s interests regarding Kosovo did not coincide.

“Russia needs Kosovo as the frozen conflict, an open issue as its leverage in an attempt to influence the Balkans politics, destabilise Europe and use it as a bargaining chip in the political trade with the West,” he added, while Serbia wanted to solve the problem.

Beslin said it was important for Russia to have a disputed issue in the Balkans, rather than on its borders, in Ukraine or Georgia.

“And that is at the same time rational since every big power wants to open contended issues far from its borders and to test its influence there while preserving peace at home,” Beslin a member to the presidency of the League of Vojvodina’s Social-Democrats (LSV) said.

He added that Moscow did not want the Belgrade – Pristina dialogue on normalisation of relations facilitated by the European Union to resume.

The dialogue was on halt for a while, and Belgrade said it could resume after Pristina revoked its 100 percent import duties on goods from Serbia, Bosnia and foreign companies’ products made in Serbia.

Both the EU and the US asked Kosovo’s Government to annul the decision on taxes, with Washington, the stronger supporter of Serbia’s ex-province independence, even threatening to suspend its aid to the Kosovo Security Forces if Pristina ignored the request.

According to Beslin, the Balkans was traditionally a fertile soil for Russia’s testing its power against the West and settling own imperial claims.