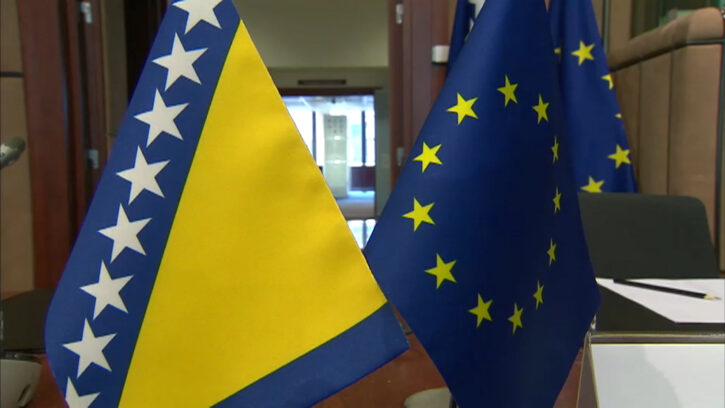 The EU Delegation in Bosnia is concerned about the draft amendments to the Law on Public Peace and Order of Bosnia's Serb-dominated Republika Srpska (RS) entity which could adversely affect the exercise of fundamental freedoms in this entity.

“In particular, the Law would affect freedom of expression and freedom of assembly,” the EU Delegation and the Office of the EU Special Representative said.

“Consequently, we urge the RS authorities to reconsider the draft amendments in order to align them with EU and international standards. The EU stands ready to provide assistance in this regard,” the EU Delegation added.

The Government of the RS, one of the two semi-autonomous entities within Bosnia and Herzegovina, has on March 28 approved the draft and has advanced it to the RS National Assembly for adoption.

According to the changes, persons who “by unauthorised photographing or recording disturb public officials while they are executing their duty” will either have to pay a fine ranging from 500 to 1,500 Marks (€250 – €750) or will have to spend 60 days behind bars.

“We welcome RS Interior Minister Dragan Lukac’s indicated readiness to improve the draft amendments and call on the RS National Assembly to take on-board any changes that would bring the Law on Public Peace and Order closer to EU and international standards before the draft is adopted in the second reading,” the Delegation concluded.