Vranduk – Aerial shot of the medieval seat of Bosnian kings 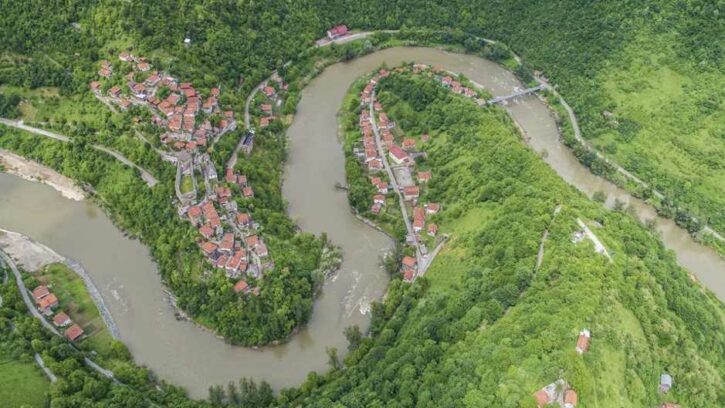 The Old Town of Vranduk is a small historical landmark located 14 kilometres away from the Central Bosnian town of Zenica. It is located on the left side of the Bosnia river valley where the river is narrow and has the appearance of a slope.

It was built on a cliff above the gorge, below which the river Bosna builds its own natural decoration and protection with its arched stream.

In the Middle Ages, Vranduk was one in a series of royal cities, from which the Bosnian King Stjepan Ostoja, and later on, the last king of Bosnia, Stjepan Tomas, and his opponent, Radivoje, ruled.

In the past, Vranduk was a significant region with a rich political, economic and cultural life.

The film made in cooperation between Dron.ba and N1 TV shows just what this cultural and historical landmark of Bosnia and Herzegovina looks like today.