US Embassy concerned over SDA declaration 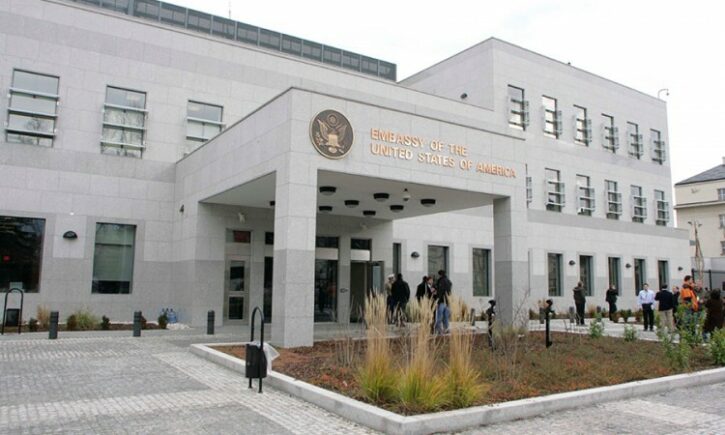 Any change to Bosnia's internal organization must be adopted in accordance with the procedures set forth in the Constitution, which require a wide support within Bosnia's political spectrum, including all constituent peoples, the US Embassy tweeted Wednesday.

“We are concerned over some unhelpful and divisive political positions presented in the recent Democratic Action Party (SDA) declaration. This type of rhetoric does not attempt to solve the everyday problems of the citizens of Bosnia and Herzegovina, but further inflames existing political tensions,” the Embassy said.

They noted that divisive rhetoric only slows Bosnia’s advance toward Euro-Atlantic integration and EU membership, undermines stability, and scares off investors, which destroys good jobs and hastens the exodus of its citizens.

“The position of the United States is well known and remains unchanged – We fully support Bosnia and Herzegovina, its territorial integrity, and its fundamental structure as a single, sovereign state with two entities and three constituent peoples,” they said.

According to them, the country's territorial integrity and sovereignty are guaranteed by the Dayton Peace Agreement which ended the 1992-1995 war in Bosnia.

“Neither Dayton, nor the Constitution of BiH, offer any entity the right to secede,” the Embassy noted adding that the existence of each entity is wholly dependent on the existence of Bosnia and Herzegovina.

The main Bosniak party in the country, the Democratic Action Party (SDA) held a party Congress in Sarajevo, on Sunday, where they adopted a declaration, outlining the party's future goals.

Some of those goals include the creation of a democratic, regionalised, lawful and social state under the name of ‘Republic of Bosnia and Herzegovina,’ which should have state, regional and local governments.

This caused a storm of comments from major Serb and Croat parties in the country, arguing that the declaration is a call to conflict, intolerance and that it violates the Constitution.