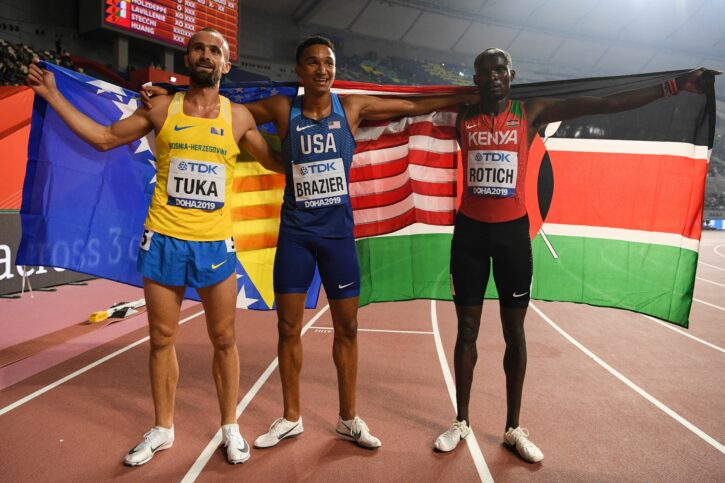 The US Embassy in Bosnia congratulated Bosnian athlete Amel Tuka for winning Silver at World Championship in Doha, Qatar, saying they are having a double celebration because Tuka came in second to US runner Donovan Brazier in men's 800-meter race.

“Double the reason for celebration at our Embassy in BiH today! Donovan Brazier won the first gold for the US in the 800m final at the Doha Athletics Championships, while the fantastic Amel Tuka sprinted to the silver medal and his personal record! Congratulations!,” said the US Embassy in Bosnia and Herzegovina on its Facebook page.

Bosnian middle-distance runner Amel Tuka won silver at the World Championship in Doha, Qatar, on Tuesday, running the 800-metre race in 1:43:37. American Donavan Brazier came in first with the time of 1:42:34 wile Kenyan Cheruiyot Rotich came in third after finishing the race on 1:43.82.