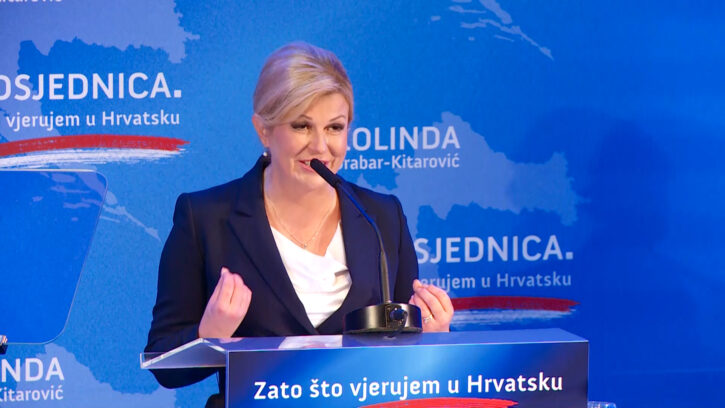 President Kolinda Grabar-Kitarovic on Wednesday formally announced her bid for a second term in office under the campaign slogan "Because I believe in Croatia", saying that she firmly believed that Croatia could be built to suit the needs of its people.

“For five years I have lived face to face with Croatia. I serve as the President of the Republic together with you, responsibly and proudly. Your trust is my strength,” Grabar-Kitarovic said, announcing that she would be running for a second term in office.

She underscored that she entered into her first term with the belief in the great potential of Croatia as a strong and proud country that can and must autonomously create its development and advance toward the most developed European countries, a country that can make an even greater contribution to resolving common European and global problems.

“As the president whom you elected directly and who thus represents you directly, I have highlighted the most important state and social problems, opening public debate on them and offering solutions. Now I ask for your trust for a second term,” she underscored.

She said she was announcing her decision to run for this honourable and responsible duty in the desire to continue on the path of “unity and a better Croatia.”