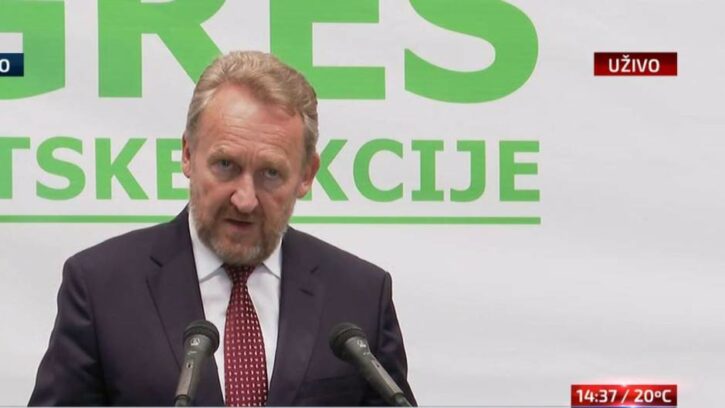 In order to overcome the deadlock and for Bosnia to finally form a government, the ruling Serb party must accept that “entity government level cannot command the state level,” the leader of the main Bosniak party, Bakir Izetbegovic, said on Wednesday.

Bosnia has not established its new government since the October 2018 election because the winning parties disagree over whether to send a document, the Annual National Programme (ANP), to NATO. The country took the obligation over years ago through a consensus between the representatives of all three major ethnic groups.

However, the Serb ruling Alliance of Independent Social Democrats (SNSD), which is also in power in the semi-autonomous Serb-dominated Republika Srpska (RS) entity, is against sending it.

In line with neighbouring Serbia, the Republika Srpska National Assembly adopted a Resolution on Military Neutrality in 2017, meaning that it is opposed to entering any military organisations including NATO. Until Serbia changes its stance, the RS will not do so either, SNSD officials argued.

Bosnia’s three Presidency members must all approve the new Council of Ministers.

The Bosniak member, Sefik Dzaferovic, comes from Izetbegovic’s Party for Democratic Action (SDA). He and his Croat colleague, Zeljko Komsic, insist on sending the ANP. They refuse to approve the naming of the new Council of Ministers Chairman, who is supposed to come from the SNSD, until the document is sent.

“The issue will remain in the status quo until the SNSD decides to accept that the entity level cannot command the state level,” Izetbegovic said.