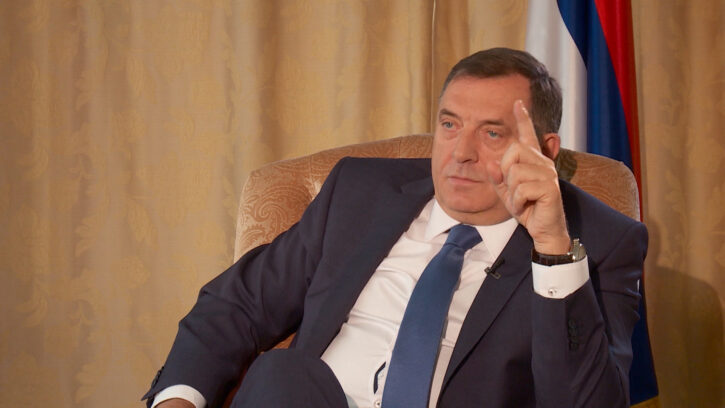 What Bosnia’s Presidency Chairman told Emmanuel Macron in Paris on Monday evening only represents his personal stance, as the French President’s statement regarding the potential jihadist threat in Bosnia is correct, Serb Presidency member Milorad Dodik said on Tuesday.

Presidency Chairman Zeljko Komsic is currently in Paris, where he is attending the Second Paris Peace Forum. He said that he told Macron that his recent statement that Bosnia is a “ticking time-bomb” is incorrect and that it caused an uproar in the Bosnia.

“If you're concerned about this region, the first question is neither Macedonia, nor Albania, it's Bosnia and Herzegovina. The time-bomb that's ticking right next to (the EU member) Croatia, and which faces the problem of returning jihadists,” Macron told the Economist last week, referring to escaped or released Islamic State fighters who could return to Europe.

According to Dodik, Macron made no mistake.

The Bosnian Serb leader added that “there is no unity regarding the issue of radical Islamists” in the Presidency.

“I would not like to see that Macron was right in practice and we will do everything to protect our citizens,” he added.

Dodik also said that the Presidency never adopted a decision on a meeting between Komsic and Macron.

“Komsic is currently at a multilateral gathering which Macron is also attending, and it is completely natural that they had a chance to greet each other and talk. It is not OK to have a statement by a leader of such a powerful country challenged, but that was Komsic’s choice,” he said.

“I would have not done it that way, and if I would have had the chance, I would have thanked him for his correct statements regarding this issue,” he added.