International administrator in Bosnia: Dayton Agreement will be amended 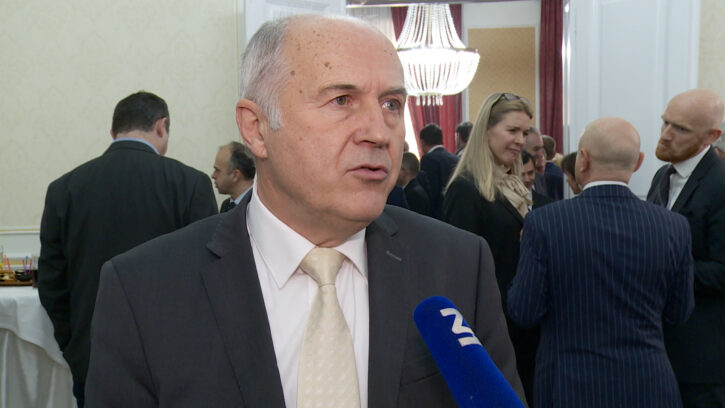 The Dayton Peace Agreement, which ended the war in Bosnia, will be changed, it must, top international administrator in Bosnia, Valentin Inzko, said for N1 on Thursday evening, at the Orthodox Christmas reception organised by the Metropolitan of Dabar-Bosnia Hrizostom Jevic.

“There were several attempts to change the Dayton (Peace Agreement), four of five I think. None of them successful. The last one was the Butmir process 10 years ago. James Steinberg did that. But the Dayton constitution must change because we have the Sejdic-Finci verdict,” Inzko said.

According to him, this would mean that all Bosnian citizens would have the right to run for Bosnia's House of Peoples or the Presidency, in the future.

“Bit not just the minorities like Mr Sejdic and Mr Finci, but also the people who were born in the wrong part of the country. Why can't Serbs from Sarajevo run for these positions, or Bosniaks from Banja Luka? This needs to be amended and this would be a change of the Dayton Agreement. But, as I said, there were many attempts and none was successful,” Inzko said.

The Dayton Peace Agreement officially ended the four-year war in Bosnia and Herzegovina organizing it as a state of three constituent peoples and others, and two entities – the Bosniak-Croat shared Federation (FBiH) and the Serb-dominated Republika Srpska (RS).

The main actors in the peace negotiations were ultimately the signatories to the Agreement – President of the Republic of Bosnia and Herzegovina Alija Izetbegovic, President of Croatia Franjo Tudjman and Serbian President Slobodan Milosevic, on December 14, 1995, at the Elysee Palace in Paris.

It also contains the Constitution of the country which stipulates that Bosniak and Croat officials can only run from the FBiH and Serb officials from the RS, for offices in the Presidency and the state House of Peoples.

The Agreement consists of 11 annexes of which Annex four it the country's Constitution. It prescribes the state level and entity competencies and ways how the Constitution can be amended.