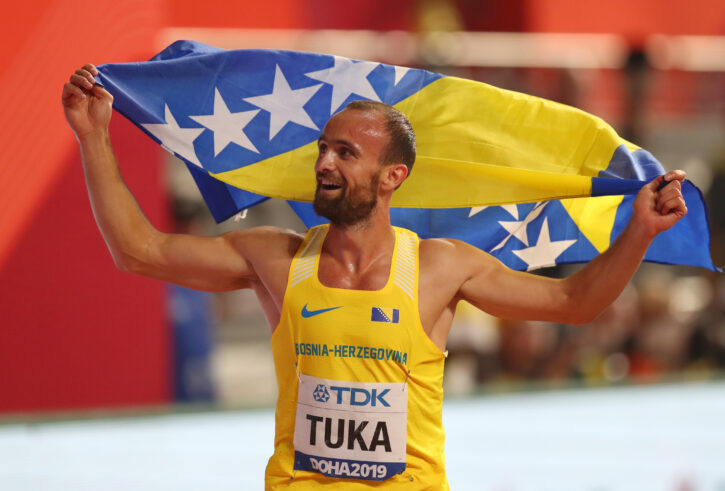 It is unfortunate that the World Athletics Indoor Championships had to be cancelled because of the Coronavirus, as many athletes have been preparing for it and their efforts are now in vain, Bosnia’s best runner Amel Tuka on Thursday.

The event was supposed to take place between March 13 and 15 in Nanjing, China. But as Coronavirus is spreading and the death toll keeps rising, World Athletics decided to respond to concerns by the World Health Organisation and postpone the event to next year. The organisation did not opt for relocating it to another country as there are also concerns over the virus spreading outside of China.

Amel Tuka, who won silver in the 800-metre race at the 2019 World Championship in Doha, Qatar, was supposed to represent Bosnia at the Indoor Championships.

“More than anything, I am sorry for the people who have found themselves in the hot zone of the virus that is spreading across China, but I’m also sorry that such a big competition like the World Championships was cancelled. A lot of athletes have been preparing intensively for this and their effort was obviously in vain and this will affect the course of their preparations for the rest of the season,” Tuka said.

He said he did not have great ambitions for the indoor competition but that it is still unfortunate because he sees the “indoor competitions as preparation for the Olympic Games and the entire season.”