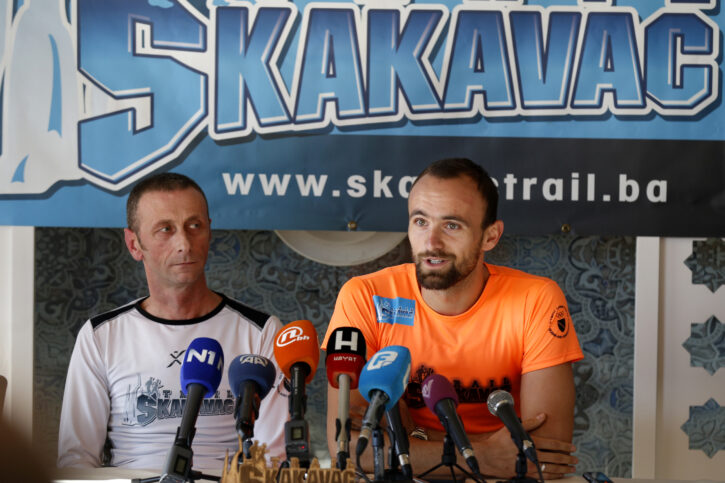 Bosnian best athlete Amel Tuka was named on Saturday the ambassador of Skakavac Trail run, the international race taking place in September this year on the hills surrounding Bosnian capital.

“I entirely support everything related to sports, especially if closely related to running. Although many call this recreational running, it is very demanding. Running a distance on such terrain is not easy at all,” said the awarder runner, adding it was an honour to be named the ambassador of such a positive story.

Tuka said he was training in Italy, where people cherish the culture of healthy living and doing sports, especially running.

“I always wished this would come to my country as well, because you can see how many people meet here and that's what sport is for, to make us united. It makes us stronger and better,” said Tuka.

Amir Basic, the race director, said Skakavac Trail would introduce this year an ultra distance of 120 kilometres, which will take the participants through the most significant parts of Sarajevo and its surrounding and show “what we have and how much we're worth.”

In addition to the September race, Skakavac Trail association is also organising a race on March 7, dedicated to legendary runner Kathrine Switzer and all women breaking stereotypes.