OSCE: Srebrenica is an example of resilience, truth and justice 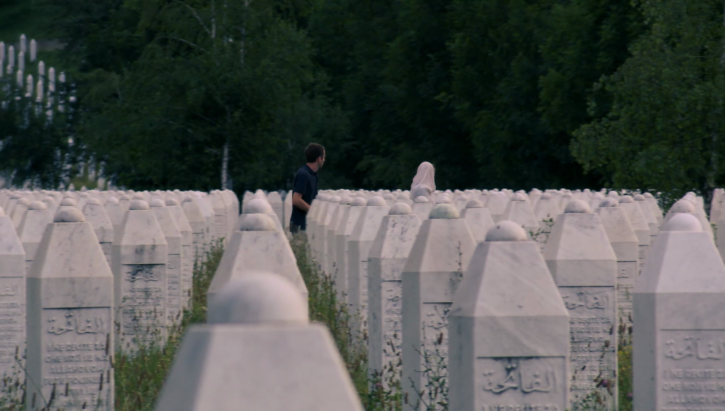 Srebrenica today is an example of resilience, truth and justice for the world. We all stand with you, the survivors and families of the victims, in solidarity and in sorrow, and we humbly pay our respects to your loved ones,” said Chair of the OSCE Permanent Council Igli Hasani and OSCE Secretary General Thomas Greminger Saturday, honouring the victims of the Srebrenica genocide in 1995.

“On behalf of the OSCE, I express our deepest condolences,” said Ambassador Hasani. “Your suffering, and the suffering of all innocent civilian victims of the war, must be recognized. Because it is only through respect for the victims, open dialogue and education that reconciliation can succeed. We need this cohesion and mutual understanding to confront and overcome tragedy in our past and ensure that history does not repeat itself.”

“Your memories are still painful and we are not blind to persistent problems and divisions in Srebrenica, and in Bosnia and Herzegovina at large. We also see that relations in the community can be mended, and that accountability for genocide and other war crimes is possible. Every action does matter,” said Greminger.

He warned that findings and sentences of international and domestic courts must be respected and that the denial of genocide and other war crimes, the glorification of war criminals, and historical revisionism have no place in any OSCE participating State.

During the 1992-1995 Bosnian war for independence from the former Yugoslavia, the country lost over 100,000 people, over 8,000 of which were lost in July 1995 in Srebrenica, when Bosnian Serb forces, which received financial and logistical support both from Serbian authorities and individuals during the war, overran the then UN-protected zone of Srebrenica.

International and regional courts have sentenced 45 people for what happened in Srebrenica to a total of more than 700 years behind bars.

Those who the ICTY sentenced to life imprisonment are Ljubisa Beara, Zdravko Tolimir, and Vujadin Popovic. But the most well-known alleged masterminds of what happened in Srebrenica are former Bosnian Serb politician Radovan Karadzic and ex Bosnian Serb general Ratko Mladic, and both have been sentenced for it but have appealed.