At least three cases of coronavirus among illegal migrants in Bosnia 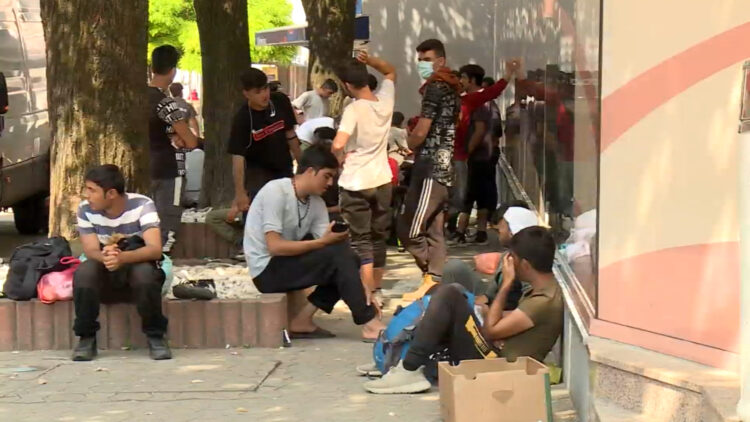 At least three illegal migrants have been diagnosed with COVID-19 in the Bihac area in Bosnia's northwest with one of the infected migrants escaping the isolation room in that city, local media outlets have reported.

Head of the Danish Council for Refugees (DCR) office in Bosnia and Herzegovina, Nicola Bay, explained for the Faktor news web site that the infected migrants were housed in the Bira reception centre. The first two cases of the disease among the migrants were registered on August 16, the latest one on Thursday.

However, as Healthcare Minister in the northwestern Una-Sana Canton Nermina Cemalovic confirmed on Wednesday, one of the infected migrants escaped the isolation room and his whereabouts are not known yet.

“We definitely haven't found him. He is at large. We cannot tell where he is,  on streets or outside the canton area. Another migrant that was with him and who returned from ‘the game’ (migrants’ illegal attempt to cross the border with Croatia) was also tested. Luckily, he was not in contact with other migrants. He was isolated, now tested and we're waiting for the results,” said Cemalovic.

After the coronavirus pandemic was declared, DCR and the International Organisation for Migration (IOM) prepared a plan to prevent the spread of the disease among illegal migrants based on the recommendations by the World Health Organisation (WHO).

Part of the plan was to set up disinfectant tunnels at the entrances to migrant camps and special isolation and quarantine quarters. If any migrant were to be diagnosed with the virus they would be placed in local health institutions.

Bay revealed that DCR is constantly monitoring the health situation among illegal migrants and has examined about 33,000 migrants since the outbreak of the epidemic.

Based on monitoring the possible risks of contracting the virus, a little more than 6,000 illegal migrants who arrived in Bosnia and Herzegovina since the outbreak of the epidemic were put into preventative quarantine and 172 were put into isolation because they showed symptoms typical of COVID-19.

A total of 172 migrants have been tested for the virus and three proved to be positive.

Local authorities estimate that in the best-case scenario, this is about half the number of illegal migrants in the country as thousands of them are sleeping in parks and abandoned buildings.