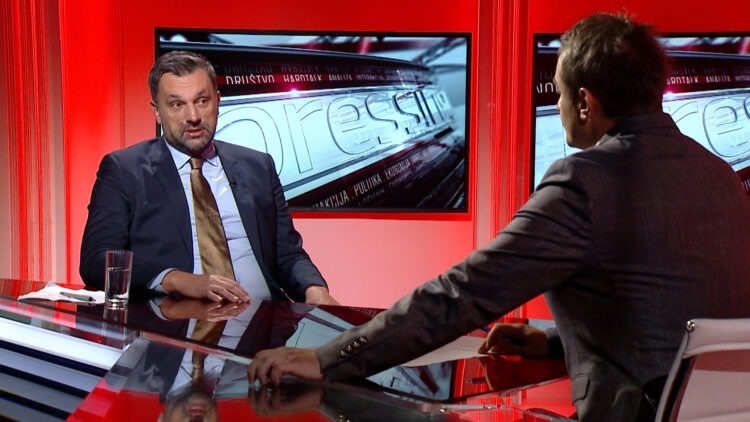 The Sarajevo Canton opposition leader and head of the People and Justice Party (NiP) Elmedin Konakovic told N1's Amir Zukic, on Wednesday, that parties gathered around the NiP will likely pass a no-confidence vote in late November and take over the cantonal government, adding that the new government will also consist of nonpartisan experts.

“The new government will also containing the people from the previous government (before they were ousted by the Democratic Action Party's (SDA) no-confidence vote) who did a good job,” Konakovic confirmed.

When asked when he expects the no-confidence motion will be initiated, he said between November 25 and 30.

“It's a process that takes two, two and a half months. They leave just before the elections. That's impossible, it will happen from November 25 to 30 in order for us to appoint a new government,” said Konakovic, emphasizing the fact that the next year's budget is adopted in that period.

The NiP and other opposition parties won the majority vote in the Canton two years ago and formed the government without the Bosniak, ethnic oriented SDA for the first time in over 12 years. This led to a fierce battle for independent candidates and the support for other, minor parties to pass a no-confidence vote, which they did a year into the term, appointing their own ministers in office.

The NiP led group now wants to retake the power some 11 months after losing it, thus proving that they are the legitimately chosen government by the majority vote in 2018.

“The new government will consist of the previous 18 people and those whom these 18 people allow to take part in it. I wouldn't agree to a new formula in which we'd depend on Radoncic (Fahrudin, Alliance for Better Future) and Komsic (Zeljko, Democratic Front). They betrayed us. These 18 people will decide. If it was up to us if the NiP had 18 hands – they (Radoncic and Komsic) would never be part of our coalition,” Konakovic noted.

Speaking about the SDA and the position of his party, Konakovic added:

“We're the opponents of the entire system ruled by Mr and Mrs Izetbegovic – the absolute rulers of the entire system. I left the party (SDA whose leader is Bakir Izetbegovic) pointing to everything Asim Sarajlic (a high-ranking SDA official) has confirmed on the nine-minute video.”
Sarajlic was allegedly recorded promising employment for a party official's wife in one of the canton's institutions where SDA members perform top functions. The court trial against Sarajlic is ongoing.