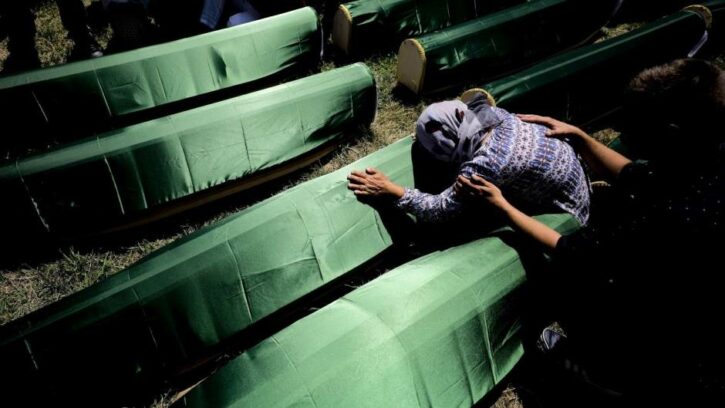 “The Accused Srecko Acimovic is guilty of helping carry out a common goal, a joint criminal enterprise – to kill male members of the Bosniak group during the widespread and systematic attack undertaken in the period from July 6, 1995, to November 1, 1995, by members of the Republika Srpska Army and its Interior Ministry, aimed at members of the Bosniak people in the UN-protected zone Srebrenica, who as Bosniaks in Eastern Bosnia formed a significant part of that ethnic group,” the Court ruling stipulates.

In this way, the accused helped to partially exterminate Bosniaks as a national, religious and ethnic group, the Court said in its statement.

During the 1992-1995 war for the country's independence from the former Yugoslavia, Bosnia lost over 100,000 people, over 8,000 of which were lost in July 1995 in Srebrenica, when Bosnian Serb forces from the Break-away region of Republika Srpska, which received financial and logistical support both from Serbian authorities and individuals during the war, overrun the then UN-protected zone of Srebrenica.

Their bodies were subsequently buried in primary, secondary and even tertiary mass graves in an attempt to hide the crimes and make identification of victims impossible. Thanks to state of the art DNA labs, all the bodies that were buried at the Memorial Centre were positively identified.

International and regional courts have sentenced 45 people for what happened in Srebrenica to a total of more than 700 years behind bars.