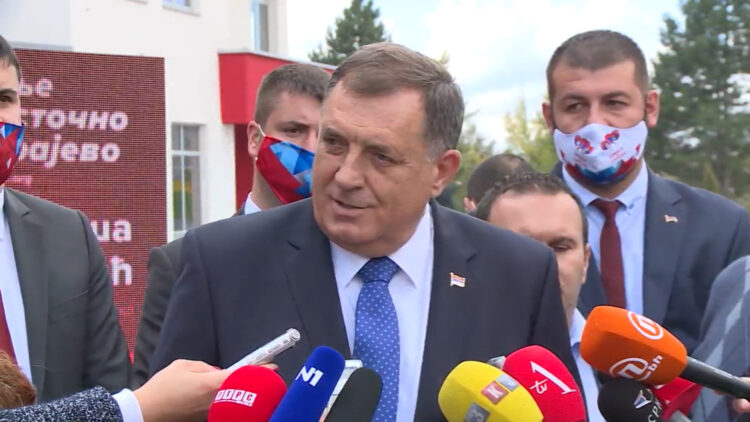 The leader of Bosnian Serbs and the Alliance of Independent Social Democrats (SNSD) party said that mail-in voting from abroad should be banned, calling the election watchdog to do so. Only in this way can the purity of election results be achieved, he noted.

“The SNSD needs clean election conditions. I call on the Central Election Commission (CIK), regardless of the fact that we don't recognize them as a legitimately elected body, to abolish this mail-in voting. This can ensure the purity of the election process. Everyone should be banned from voting by mail, rather than voting in institutions, embassies or consulates,” he said without explaining why absentee voting bothered him, but it a well-known fact that most mail-in votes come from ethnic Bosniaks who make up the vast majority of Bosnia's diaspora.

In 2018, the Serb leader urged all Serbs living in the United States to vote for Republican candidates endorsed by President Donald Trump who also opposes mail-in voting despite voting that way himself.

Back then Dodik reiterated Trump's statement at the UN General Assembly, that the US rejects the ideology of globalism and supports the doctrine of patriotism in the entire world. “The values which we share as well,” the then outgoing Serb-dominated Republika Srpska entity President, Milorad Dodik said.

The same year, Dodik endorsed Trump's second term saying if elected, that could be a chance for the Serb majority entity called Republika Srpska to secede from Bosnia.

On Friday Dodik argued that the saga that has always been taking place for months after the election of “who cheated and when” will be solved only by abolishing the mail-in voting system.

“It is an open secret that people go and offer money for votes. They copy people's ID cards, put addresses with them, pick up ballots and vote for them. They're selling this. Stop doing that,” Dodik said in East Sarajevo.

The Trump administration extended sanctions against Dodik in July 2020 for “posing a significant risk of actively obstructing the 1995 General Framework Agreement for Peace” also known as the Dayton Peace Agreement which ended the 1992-1995 war in Bosnia.

The Agreement left the country fragmented into two semi-autonomous entities and a District: the Federation of Bosnia and Herzegovina (FBiH) shared by Bosniaks and Croats, the Republika Srpska (RS) entity dominated by Serbs and the District of Brcko which is in not dominated by either of the three constituent peoples.

Bosnia is set to hold its local elections on November 16, but already the country's election watchdog is faced with hundreds of claims of election fraud – most of them related to absentee voting.