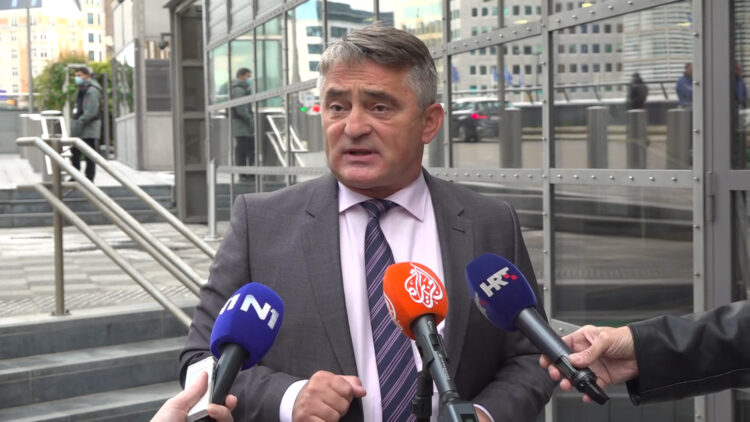 The recent statement from Croatian President, Zoran Milanovic, regarding efforts to change Bosnia’s state setup are “xenophobic” and “fascist”, the Bosniak and Bosnian Croat members of Bosnia’s tripartite Presidency said on Saturday.

Milanovic made the comments while he was speaking about the future of potential constitutional reforms in Bosnia and efforts to amend the 1995 Dayton Peace Agreement, which contains Bosnia’s Constitution, to ensure that the country becomes a civic state rather than one run primarily by the constitutional peoples – Bosniaks, Croats and Serbs.

“The Dayton Agreement is as it is and I don’t see a way to change it without violence. I’m not talking about war. I am talking about mental and all other kinds of violence in Bosnia and Herzegovina, which never worked. It always produced more violence,” Milanovic said.

He stressed that the constitutional framework without the three constituents peoples in the country agreeing to it. There is no civic state without that, he said.

“A civic state (in Bosnia) is a dream that is far, far away, and it would be a beautiful thing, but first you apply soap, then perfume,” he said.

The last part of the statement was what triggered the criticism coming from Bosnia.

The Bosniak member of Bosnia’s Presidency, Sefik Dzaferovic, said that the statements coming from the Croatian President recently “say a lot more about him then about Bosnia and Herzegovina.”

“Milanovic's statements stink of chauvinism and xenophobia, and neither soap nor perfume can help with that,” Dzaferovic said.

His Bosnian Croat colleague in the Presidency, Zeljko Komic, told N1 that there has been “a series of insulting, sanctimonious, borderline tasteless, false, undiplomatic statements Milanovic has made regarding Bosnia and Herzegovina since he became the President of Croatia.”

“However, with his latest statement with which he is trying to impose himself as the main and on-duty ‘hygienist’ of this part of the Balkans, he deserved to be answered directly,” Komsic said.

“The alleged scents of culture and Europeanism that Milanovic is proud of and because of which he believes that he has the right to lecture everyone is, in fact, the stench of the rottenness of chauvinism and fascism that is in him and speaking outside of him. And there is no soap or perfume that can wash away and hide such a stench,” he said.

Komsic called Milanovic “egocentric” and said that the Croatian President was “prone to ‘ubermensch fascism’.”