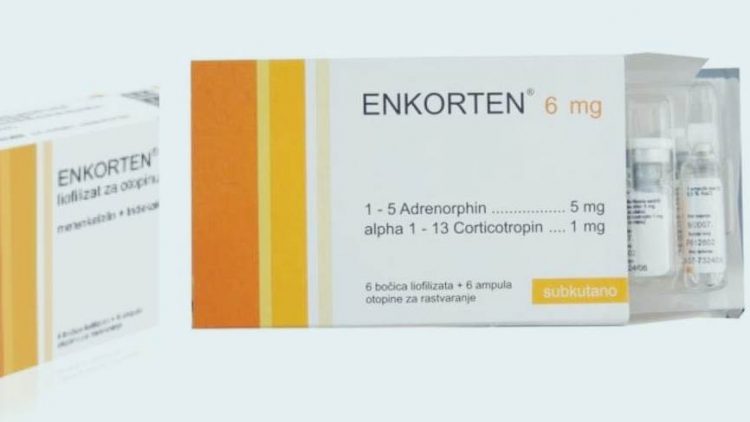 Bosnia and Herzegovina has its own medicine that helps with COVID-19 treatment, Enkorten, which was developed by the pharmaceutical company Bosnalijek, and N1 found out that clinical trials for the drug have recently been completed and that clinical centres across the country have expressed interest in procuring it.

Among those who were given Enkorten was Esad Mehina, a former COVID-19 patient who said doctors estimated that he had a five percent chance of survival.

“I had such severe pneumonia, I fought for my life,” he said, adding that he lost 17 kilograms in 19 days.

“After receiving that injection, my condition improved. When I received the last injection, I was taken off oxygen support,” he said.

Some 50 COVID-19 patients were given Enkorten and “they recovered faster and had a very high survival rate,” the head of the Clinic for Infectious Diseases of the Sarajevo University Clinical Center, Dr. Rusmir Baljic, told N1.

“The percentage was the same as in the control group, no severe clinical form (of the disease) developed,” he said, explaining that it was a random study which included the use of a placebo as well.

Research showed that the average recovery period of the patients who used Enkorten during their stay in the hospital was four days, as opposed to six days for others who had the same health condition.

“We concluded that Enkorten can help patients with COVID-19 if the drug is administered at an early stage of the disease, to patients with a moderate clinical picture. It essentially prevents further development to a more severe clinical form,” he explained.

Enkorten has immunomodulatory effects and has been registered in BiH for years as it is used in the treatment of relapsing-remitting multiple sclerosis.

Bosnalijek confirmed for N1 that clinical centres have already expressed interest in procuring doses of Enkorten.

The company, however, emphasized that despite positive clinical results, the drug does not cure COVID-19 and that there is still no known drug that can do that.