One of the more interesting cases, lately, is the “Zadruga” case, conducted by the Prosecutor's Office of Canton Sarajevo. Unlike other cases, this one could last for a long time. The fact that Cantonal Prosecution refuses to provide any information about “Zadruga,” apart from the fact that the investigation is ongoing, could mean that something se

Prosecution is investigating the following system:

A company pays money to an employment mediation agency for employment of certain number of persons. The money is paid onto their account. The agency fills out fictitious employment contracts and makes cash payments for fictitious jobs. A certain percentage of that money is kept by the agency and the rest is returned to the company as “laundered” money. Experts say this is actually dirty money, not laundered money. Data of several hundred students has been used for these purposes.

The main suspects are E.Dj. And S.Dj., owners of “Eslider” and “Leading” employment agencies. They are charged with organizing a criminal group from 2010 to 2018. There are many more names of owners and employees of numerous companies. In the last three months, more than 100 suspects were questioned under the “zadruga” operation, accompanied by frequent and unexpected arrests. Prosecution suspects tax evasion and laundering of more than BAM 50 million.

“This is, perhaps, the biggest post-war affair in BiH. According to our information, there are pressures from within the Canton Sarajevo Prosecution – prosecutors are under pressure. We have reliable inforation that “žadruga” case could lead straight to the main centres of political parties”, journalist Avdo Avdic claims.

According to Avdic, there are pressures within the prosecution coming from the prosecution employees trying to dampen the situation and stear the investigation into another dirrection. The latest person to be arrested is Head of the Sarajevo Filcharmonic Orchestra, Emir Nuhanovic, suspected of money laundering via one of the agencies. Cantonal Court in Sarajevo had already ordered a one-month custody for Nuhanovic.

The number of organižed crime cases before the Cantonal Prosecutor's Office has been rising in recent years. This year could rapidly change this statistics. During this time, countless used students are watching useless programs about the most complex case of this decade. 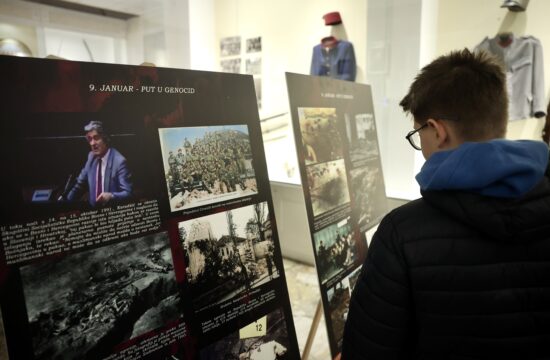