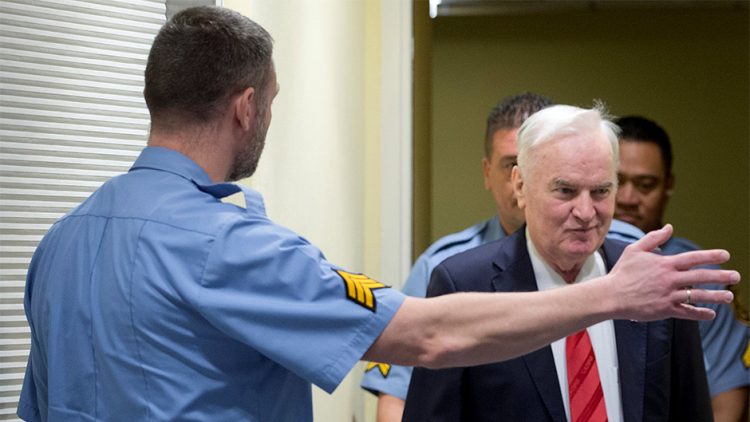 Former Republika Srpska general Ratko Mladic, sentenced to life imprisonment for genocide and crimes against humanity in a first instance ruling, is not doing well, his son said.

Doctors have not yet provided an explanation for why Mladic’s feet are swelling up, his son, Darko Mladic, told reporters Saturday, adding that the former general is constantly tired.

“It could be because of his kidneys, his heart or various other issues. They told him and us that it’s nothing too dangerous and that he should consume less salt, although he eats nearly no salt as it is. They keep repeating this advice,” Darko Mladic said.

Mladic said the doctors in the Hague are not informing his family about the therapy the former general is getting, and that he is wearing orthopedic socks that help the swelling decrease, but that he can not go anywhere without them as the swelling is back as soon as he takes them off.

“We are trying to get more information,” he said.

But the former general is not depressed because of his deteriorating health or because of the fact he is getting weaker, according to his son.

Ratko Mladic, 76, received a life sentence in a first instance ruling at the International Criminal Tribunal for the former Yugoslavia on November 22 last year. Apart from the 1995 genocide in Srebrenica, the former general was found guilty of a number of crimes against humanity committed between 1992 and 1995 – including the four-year-long siege of Sarajevo during which it’s citizens were terrorized with mortar and sniper fire, the ethnic cleansing of ethnic Bosniaks and Croats from Bosnian territory, as well taking UN soldiers hostage.