Zvizdic: EC's Report more positive than the previous ones 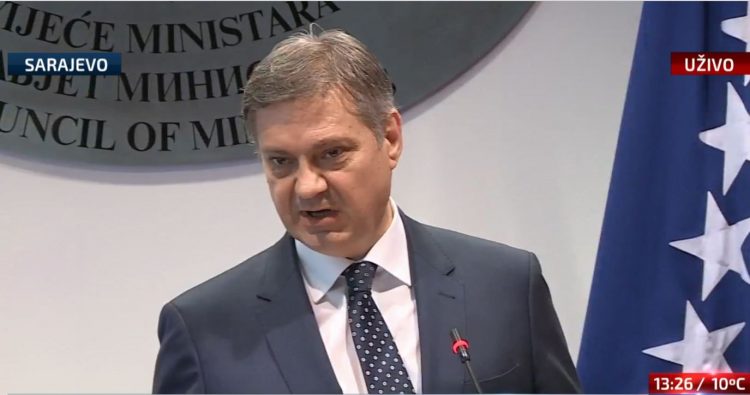 Bosnia's Council of Ministers Chairman Denis Zvizdic told the state level House of Representatives that the latest European Commission's Progress Report on Bosnia and Herzegovina was more positive than the previous ones.

He said Bosnia received identical assessments on all the European Commission's criteria to the ones received by other countries of the Western Balkans.

This document not only refers to the work of the Council of Ministers (CoM) which was marked as the carrier of the reform processes of Bosnia's European integration process but adds that important strategies, such as the state Environmental Strategy and the Rural Development Strategy have also been adopted, Zvizdic said.

He added that the EC expects the adoption of the Energy Strategy of Bosnia and Herzegovina as well.

The report states the changes to the state Election Law as one of the problems in the country. It stated that political leaders should show more interest in solving this issue. Zvizdic also stressed that the EC treats the implementation of the “Sejdic-Finci” case as a constitutional reform.

Dervo Sejdic a Roma minority representative and Jakob Finci a former Head of the Jewish Community in Bosnia, sued Bosnia for its discriminatory constitution barring them – as members of non-constituent peoples from running for Bosnian Presidency or upper house lawmakers. The European Court of Human Rights in Strasbourg ruled in 2009 in favour of Sejdic and Finci, saying the state is discriminating against them as a Roma and a Jew.

“The report pointed out that Bosnia had made progress in the field of judiciary, but that it should speed-up reforms. It also states that Bosnia remains committed to the fight against organized crime,” Zvizdic said, adding that the problem of corruption is still present in the country.

Speaking about the financial sector, he said the report stated that the sector has been strengthened and that progress is evident, but the lack of harmonization between the labour market and the educational system is still present.