'Redrawing of borders based on the idea of Greater Serbia' 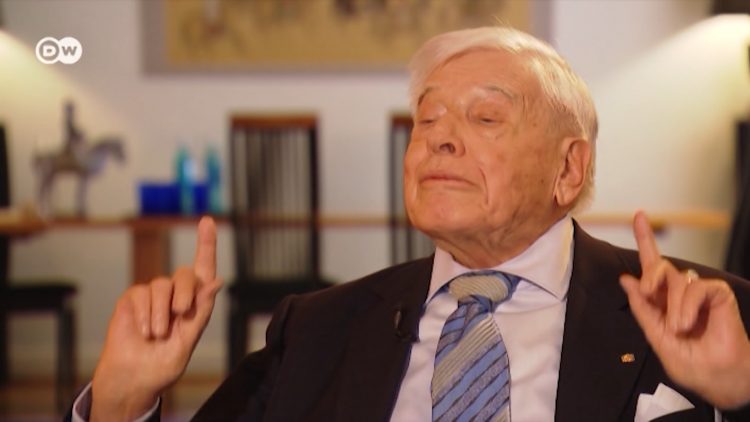 The redrawing of borders that Serbia is advocating regarding its territorial dispute with Kosovo is based on the wartime idea of a Greater Serbia, which brought the region into a war and caused a genocide to take place, former German politician and High Representative to Bosnia, Christian Schwarz-Schilling, wrote for the German 'Die Welt'.

As High Representative, Schwarz-Schilling served as the top international official monitoring the implementation of the 1995 Dayton Peace Agreement which ended the war in the Bosnia.

Shilling commented on a territorial dispute between Serbia and Kosovo and a possible solution to it which is currently being discussed and which implies a territorial swap. Serb majority municipalities in Kosovo’s north would become part of Serbia, while Serbia would give up some of its southern municipalities where mostly ethnic Albanians live.

Such a redrawing of borders based on ethnicity would be detrimental to the entire region, Schilling wrote.

He criticised the EU, saying that their ‘clear stance that there cannot be any drawing of borders based on ethnicity’ is disappearing. He also criticised EU Commissioner for Neighbourhood Policy and Enlargement Negotiations, Johannes Hahn, for telling Albanian PM Edi Rama and Kosovo PM Ramus Haradinaj that the EU has nothing against corrections to the border, calling the statement hasty.

‘It is stunning how the official stance of the EU could have changes like that,’ he wrote.

Schilling touched upon the situation in Bosnia and Herzegovina, which is composed of two semi-autonomous entities based on ethnicity – the Federation (FBiH) has a Croat-Bosniak majority, and Republika Srpska (RS) is Serb-dominated.

‘The President of Bosnia’s Republika Srpska entity, Milorad Dodik, is working on the destruction of the country for years. Meanwhile, Dodik has not experienced any attempt from the EU to stop him from seceding the RS and uniting it with Serbia,’ Schilling wrote, adding that he and two other former High representatives raised this concern in an open letter addressed to EU High Representative for Foreign Affairs and Security Policy, Federica Mogherini.

‘We don’t doubt that a new drawing of borders will destabilize existing agreements in Macedonia and Montenegro and undermine the joint state that is Bosnia and Herzegovina. We know the European Union and Europe well enough to know that our bloody history taught us to live in multiethnic societies instead of drawing borders so that monoethnic states can be created,’ Schilling wrote.

‘The idea of an imposed ethnic homogenization, which brought upon exile and mass killings in Europe, will never be the position of Germany,’ he concluded.