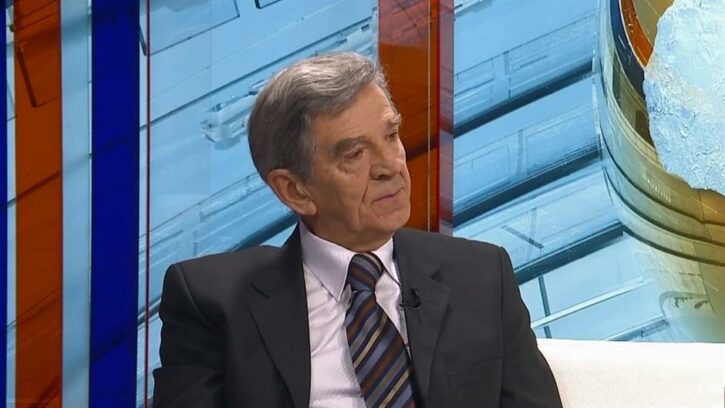 Bosnia survived throughout history, despite countless challenges and the very notion of ‘Bosnia’ is stronger than the State itself, said Academic Esad Durakovic speaking for N1. He sees Serbia and Croatia and parties of the Alliance if independent Social Democrats and the Croat Democratic Union as the main culprits for the recent problems in the country.

“It is absurd that a man thinking of destroying the country is elected into the Presidency. Milorad Dodik, the Serb Presidency member, is in a mission to destroy Bosnia and Herzegovina,” Durakovic said, speaking of Bosnia’s tripartite Presidency. “Bosniak member Sefik Dzaferovic and Croat Zeljko Komsic should not give in before him because the stakes are too high.”

Bosnia’s three-member presidency consists of representatives of three constituent peoples in the country, Bosniaks, Serbs and Croats. The Bosniak and Croat members are elected in the Federation of Bosnia and Herzegovina (FBiH) entity, while the Serb member is elected in the Serb-dominated Republika Srpska (RS) entity.

Even though Bosnia stated in its foreign policy agenda that one of its primary goals is the NATO membership, Serb Presidency member, Milorad Dodik, who is also the leader of the strongest RS’ party – the Alliance of Independent Social Democrats (SNSD), said he would not support Bosnia’s NATO accession because he plans to abide by the RS resolution on militarily neutrality.

The 2017 resolution says that this entity will not join any military alliance and will remain militarily neutral, following in Serbia’s footsteps.

The Council of Ministers Chairman-elect, Zoran Tegeltija, proposed by Milorad Dodik, also said he would respect this resolution and that he would not deal with the creation of the Annual National Programme (ANP), a first step for the activation of NATO’s Membership Action Plan for Bosnia.

On the other hand, Bosniak Presidency member Sefik Dzaferovic and Croat Zeljko Komsic said they would not support Tegeltija for the post before the Council of Ministers adopts the ANP.

Esad Durakovic said that Bosnia’s NATO accession is of paramount importance for its destiny. He criticised the EU, the US and the NATO alliance because they did not react timely on the issue of Bosnia’s EU and NATO membership.
He believes that they should have a milder attitude towards Bosnia’s membership in these two alliances and that currently, Bosnia’s NATO membership is more important than the one in the EU.

According to the Sarajevo-based academic, Serbia and Croatia are the main sources of issues in Bosnia because they never gave up from Bosnia as their war-time spoils.

“Internal factors, such as the SNSD and HDZ BiH are devoted to Serbia and Croatia’s aims. Should the EU and NATO threaten Serbia and Croatia to leave Bosnia alone, their proxies would have also disappeared,” Durakovic concluded.

He added that the problem is also the lack of patriotic forces in the country and the inadequate work of its judicial institutions.