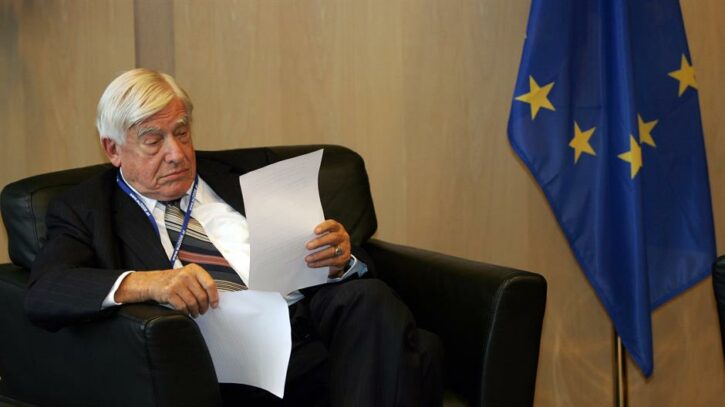 Bosnia’s former top international official Christian Schwarz-Schilling warned of a new war in the country and called for an urgent international response to the current instability that would prevent a conflict, adding that Germany is ready to act.

In an interview with Sarajevo's Face TV on Saturday, the Former High Representative said it was all up to German Chancellor Angela Merkel, as it seems that the US no longer knows how to manage the situation in the Balkans, as well as in Bosnia.

Chancellor Merkel, as he pointed out, now has enough experience and can see that the Balkans must not be ignored. He added that attention should be paid to the role Croatia is playing.

“She (Merkel) sees things change, that Croatia's position plays a big role,” Schwarz-Schilling said, adding that right-wing politics has the support of Croatia and that Croatia is trying to make proposals for all neighbouring countries.

“They often talk about the third entity, and that is something the Croatian government supports. That’s cooperation between Croatia and the HDZ,” he said, referring to the Bosnian Croat Democratic Union, the main Croat party in Bosnia, which has been seeking a separate mini-state for Croats.

“If nobody acts here in Bosnia and Herzegovina, if everybody is asleep, a war can, of course, erupt. Nobody here has taught anyone how democracy works,” the German politician said.

Schwarz-Schilling said that the international community should no longer hesitate as it has done before – for example when he in 2007 received no support for the removal of Milorad Dodik because of nationalistic rhetoric and threats with Bosnian Serb secession from the country.

Although there was generally a willingness to do so, it never happened because there was no approval from Washington, the German politician claimed.

“I, as a High Representative, wanted to dismiss him but the Americans did not want to give him (Dodik) away,” Schwarz-Schilling said. “This is why my mandate was not extended. Because they knew I would do something, I would not listen to them, and that's why they wanted to get rid of me.”