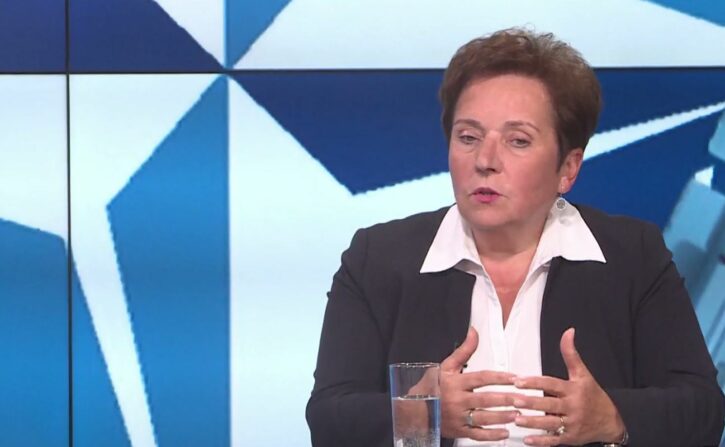 Bosnia’s Defense Minister told N1 on Wednesday she will ask for the issue of sending the country’s first Annual National Programme (ANP) to NATO to be put on the Government's agenda on Thursday.

The disputed document is at the centre of Bosnia’s latest political crisis. It represents a step toward NATO membership – something the Serb leadership in the country vehemently rejects although years ago, the main Serb party agreed to it.

Bosnia has not formed a new government nearly a year after the elections because the country’s Croat and Bosniak Presidency members refuse to greenlight a PM candidate proposed by their Serb colleague after he declared that, he will not support the country’s NATO path.

Right now, the old Government is still in charge but it has not put the sensitive document on the agenda for the past eight months.

“There was no readiness among representatives of Republika Srpska to vote on the issue,” Pendes said.

She explained that during the mandate of the last Presidency, enough decisions have been passed to authorize the Government to move toward activating the Membership Action Plan (MAP) – a step that would put Bosnia right on the doorstep of NATO.

Adopting the Annual National Programme is therefore just a technicality, she said.

“There is not one objective reason for certain politicians not to raise their hands for the ANP,” Pendes said.

The current Bosnian Serb ministers in the government come from Bosnian Serb opposition parties and are rivals to the current ruling party of Presidency member Milorad Dodik.

His party formed an alliance with Pendes’s Croat Democratic Union (HDZ BiH) and her putting the issue on the agenda would force the opposition ministers to either vote for the document – making a move that would be unpopular among Bosnian Serbs – or vote against it and side with their political opponent Dodik.

Pendes also said she hopes NATO will positively evaluate the capabilities units of the country’s Armed Forces have shown during the recent military exercise on Manjaca, in the north of the country.

Some 840 soldiers took part in the exercise that was monitored by NATO experts.

“Our goal is to have a percentage of members of the Armed Forces of Bosnia and Herzegovina who can at any time act together with NATO forces,” Minister Marina Pendes said.

In the beginning of 2015, Bosnia had two units capable to meet NATO standards, while now it has 11, she said.

“This exercise showed how much the operational capabilities of the Armed Forces of Bosnia and Herzegovina are meeting NATO standards. It was an exercise during which domestic and international evaluators have analyzed all activities and we will be informed next month whether the unit has met the requirements,” Pendes said.

“I am convinced that it has,” she added.