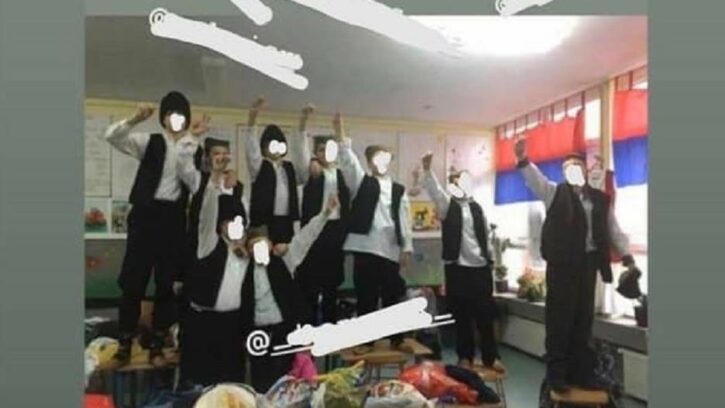 A photo allegedly taken in a Srebrenica primary school that shows nine students in traditional Serbian clothes and “brothers Chetniks” written above it has caused concern among Bosniaks living there.

The photo was reportedly taken on Monday during the celebration of Saint Sava Day, an Orthodox Christian holiday.

According to the former Mayor of Srebrenica, Camil Durakovic, the picture was originally posted by a Bosniak student who attends the school.

Durakovic wrote that the student told him he will report what happened to school authorities. The former Mayor argued that he thinks “such a generation of young Chetniks” suits the current education system in Republika Srpska (RS), Bosnia’s Serb-majority region.

The Chetnik Detachments of the Yugoslav Army was a WWII Serb nationalist movement. During the 1992-95 Bosnian war, Serb nationalists wearing Chetnik insignia committed numerous crimes against humanity against the non-Serb population in the Bosnia.