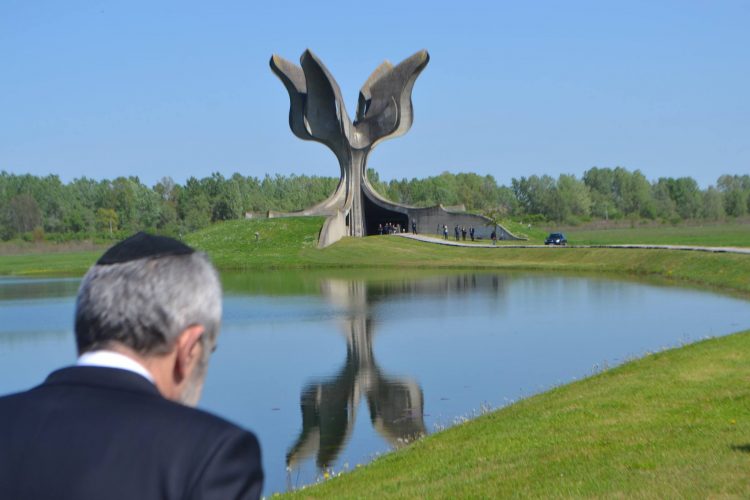 The World Jewish Congress (WJC), a global Jewish organisation representing Jewish communities around the world, strongly condemned plans to hold a controversial mass on May 16 in Bosnia's capital Sarajevo intended to commemorate the anniversary of the World War II events at Bleiburg, the organisation said in a press release on Wednesday.

The Catholic mass in Sarajevo in Bosnia and Herzegovina – which during World War II was part of the fascist Nazi-allied Independent State of Croatia (NDH) – had been announced as a replacement for the open-air gathering normally held at Bleiburg itself, due to the restrictions imposed due to the Covid-19 pandemic.

This year marks the 75th anniversary of the events at Bleiburg, a small Austrian town on the border with Slovenia, where thousands of members of the Nazi-allied fascist Ustasha regime, together with pro-regime civilians, had surrendered to the British forces in the closing stages of World War II, only to be turned over to communist Partisans who then sent them on a death march back to Yugoslavia.

In a press release sent to local media on Wednesday, the World Jewish Congress slammed these remembrance events.

“For the past 24 years remembrance events intended to commemorate those perished in the fight for Croatia's freedom and independence are not used to celebrate heroes who had contributed to the rise of a strong and moral modern Croatia. Instead, they are used to glorify individuals who supported or were actively involved in the activities of a regime which had executed hundreds of thousands of innocent men, women, and children only because of their ethnic or religious identity,” WJC said on Wednesday.

The event at Bleiburg, organised since the 1990s by a remembrance group calling itself the Honourary Bleiburg Platoon, funded in part by Croatia's Parliament, and supported by Croatia's Catholic Church, became infamous for commonly featuring far-right sympathisers who often used the occasion to sport World War II-era insignia and salutes of the Ustasha regime.

In February 2019 Austria, which already had laws banning public displays of Nazi-related insignia, added Ustasha symbols to the list of proscribed symbols over concerns about Bleiburg gatherings, and in May that year the local Catholic Church officials withheld permission for an open-air mass, which had normally been celebrated on site by Croatian priests.

This year, however, the ban on large gatherings due to the Covid-19 pandemic meant that the main event couldn't be held. Instead, the commemoration would be marked by a mass in Sarajevo and two smaller events announced to be held in Zagreb and in Bleiburg. After the announcement, the plan was condemned by the Israeli embassy to Bosnia.

WJC also referred to Croatia's law on holidays and remembrance days, which had been amended by its conservative government last year and which came into force in January 2020, which recognises May 9 – the end of World War II – as Victory Day, but also proscribes May 15, the anniversary of the Bleiburg event, as an official remembrance date, officially billed as “Day of Remembrance of Croatian Victims in the Fight for Freedom and Independence.”

“It is impossible to understand why the modern Croatian Parliament had passed this law, and out of all the available dates in a given year chose the one related to the events at Bleiburg, thereby designating it as the most appropriate day to commemorate those who died in the fight for modern Croatia's freedom and independence,” WJC added.

“It is horrifying to realise, in the Jewish world, how fascists who had tried to cleanse Croatia of its Jewish and ethnic Serb population – by following the model emanating from Nazi Germany – get respect, and also to see them viewed as people whose deeds have contributed to the freedom and independence of the modern Croatian state, a state whose Constitution is based on anti-fascist struggle and the fight against the Nazi regime and its associates,” said Menachem Rosensaft, General Counsel of the World Jewish Congress.

The Ustasha regime, which ran the Nazi-allied NDH on the territory which comprised much of present-day Croatia and Bosnia and Herzegovina from 1941 to 1945, persecuted ethnic minorities, including Serbs, Jews, and Roma. At its main extermination camp at Jasenovac, official estimates say that more than 80,000 people had perished, including some 20,000 children up to 14 years of age.

“The fact that Croatia's Parliament is sponsoring such a controversial event, under the banner of honouring and remembering those who gave their lives for Croatia's freedom is a slap in the face of all innocent victims of the Ustasha regime, all advocates of historical truth, and the Jewish community across the region whose patriotism is questioned and personal safety at risk whenever they stand up to commemorations honouring the very people who had engaged in brutally killing their ancestors,” Rosensaft said.