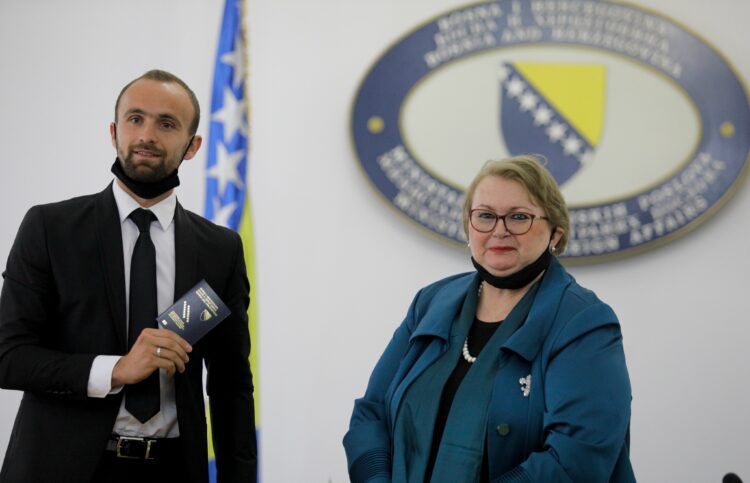 Bosnia’s Foreign Affairs Minister handed on Wednesday a diplomatic passport to Bosnian athlete Amel Tuka, one of the best runners in the world.

Foreign Minister, Biserka Turkovic, has a right to award diplomatic passports to deserving citizens of Bosnia and Herzegovina, and Tuka, who last year won silver at the World Championship in Doha, Qatar, on October 1, 2019, is among them.

“I have personally witnessed this and I rooted for him and I have to say that this was probably a day that people across the world, as well the small number of our citizens who live in Qatar, will remember for the rest of their lives. All ambassadors together could not leave such an impression as Amel Tuka did,” Turkovic said.

She thanked the athlete for all he has done to promote Bosnia and Herzegovina across the world in the best possible way and for being a role model for children.

Tuka was this year named the ambassador of Skakavac Trail run, the international race taking place in September this year on the hills surrounding Bosnian capital.