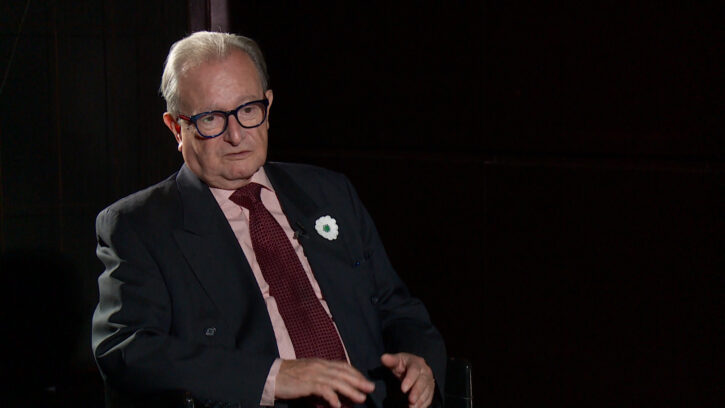 The authorities of Bosnia's Serb-dominated Republika Srpska (RS) entity are indoctrinating children by denying the genocide that took place in 1995 in the eastern town of Srebrenica, when over 8,000 Bosniak men and boys were killed, destroying all attempts for reconciliation, Judge Carmel Agius, the president of International Residual Mechanism for Criminal Tribunals (IRMCT), told Reuters on Wednesday.

According to him, the existing ethnic divisions are driving tens of thousands of Bosnian youth away from their country.

The three-and-a-half-year war between 1992 and 1995 left over 100,000 dead in Bosnia, dividing it along its ethnic lines, and splitting the country into two semi-autonomous entities: the Bosniak-Croat shared Federation (FBiH) and the Serb dominated RS as well as the Brcko District in the north of the country, not dominated by any of the major ethnic groups.

RS government officials are known for their repeated denial and questioning of the number of Muslims killed in Srebrenica which will mark its 25th anniversary on July 11. According to them, the IRMCS which was put in place to perform the remaining functions of the International Criminal Tribunal for the former Yugoslavia (ICTY) and the International Criminal Tribunal for Rwanda (ICTR) after their mandates had ended, as anti-Serb.

“What you find is a humongous effort on the part of the authorities to indoctrinate their children with their own version of the events,” Agius told Reuters.

Reuters also recalled that the Serb member of Bosnia’s tripartite Presidency and Bosnian Serb leader Milorad Dodik called the Srebrenica genocide “a fabricated myth” last year and in 2018 Bosnian Serb authorities withdrew from a 2004 report by their predecessors acknowledging the genocide and established a panel to review the number of victims.

The RS Prime Minister Radovan Viskovic announced recently that a new report would be completed in a month or two.

Judge Agius told Reuters that the international war crimes cases have left no room for misunderstanding of this issue.

“They all come to one conclusion: namely that what happened in Srebrenica was genocide,” Agius concluded.