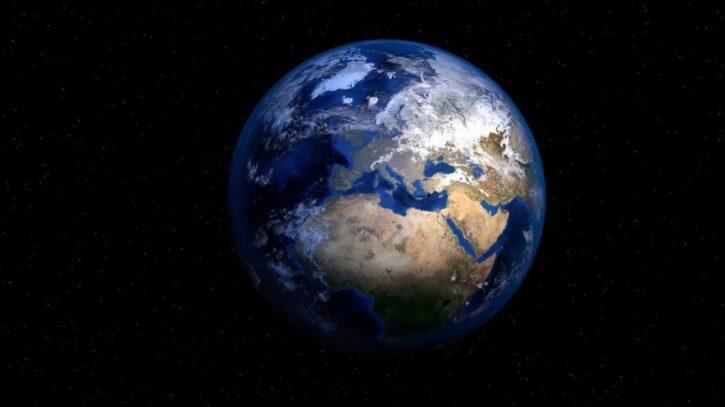 The world's wildlife populations have fallen by an average of 68% in just over four decades, with human consumption behind the devastating decline, the World Wildlife Fund warned in a new report released Wednesday.

The Living Planet Report 2020 assessed the population declines seen in more than 4,392 monitored species of mammals, birds, fish, reptiles and amphibians between 1970 and 2016.

The report says that the kinds of steep wildlife population decreases the Earth has seen in recent decades have not been seen for millions of years.

The regions of Latin America and the Caribbean are the world's worst-affected areas, with an average drop of 94%, the report said.

The conversion of grassland, savannah, forest and wetland habitats, the overexploitation of wildlife, the introduction of non-native species and climate change are the key drivers of the drop.

Humans have significantly altered a staggering 75% of the planet's ice-free land surface, the authors say. And according to WWF, ecosystem destruction now threatens some 1 million species — 500,000 animals and plants and 500,000 insects — with extinction in the coming decades and centuries.

But while the report finds that nature is being “destroyed by us at a rate unprecedented in history,” experts say the declining trends can be halted and even reversed with urgent action, such as transforming how we produce and consume food, tackling climate change and conserving nature.

An ‘unraveling of nature’

Experts say that freshwater biodiversity is declining fastest, with data showing that 85% of global wetlands have been lost since the Industrial Revolution.

The populations of freshwater mammals, birds, amphibians, reptiles and fishes monitored have fallen by an average of 4% each year since 1970, the report found.

“The most dramatic decline was in freshwater,” Rebecca Shaw, chief scientist at WWF, explained. “You begin to see a picture of an unraveling of nature. That is alarming — and I think alarming, even by our own measures of alarming — we really thought with the efforts that were going on, that we would see change in the direction.

“But still, we're seeing very distinct declines in freshwater ecosystems, largely because of the way we dam rivers and also because of the use of freshwater resources for producing food to feed a growing population of people worldwide,” she said.

Humanity is the cause

Researchers say that human activity is the main driver of population decline.

“To feed and fuel our 21st century lifestyles, we are overusing the Earth's biocapacity by at least 56%,” the report authors noted.

Shaw told CNN that population decline is indicative of the planet's ability to support life.

“We often focus on species that are in big trouble, or on the edge of extinction, but by the time the species gets there, it no longer is serving its ecological function,” Shaw explained.

“The main driver of species decline is the habitat destruction that comes from agriculture, expanding agricultural production, to produce food,” Shaw told CNN.

Scientists also warned that the further destruction of the planet would spell disaster for humans.

“This report reminds us that we destroy the planet at our peril — because it is our home. As humanity's footprint expands into once-wild places, we're devastating species populations. But we're also exacerbating climate change and increasing the risk of zoonotic diseases like Covid-19,” WWF-US President and CEO Carter Roberts said in a statement.

Zoonotic diseases are ones that jump from animals to humans.

“We are destroying rainforests to convert the land to cropland to feed a growing planet and the growing demand for food, in general, and animal protein, in particular,” Shaw said.

“In the process of deforestation and forest fragmentation for food production, we are opening up more and more tropical forests to the poaching of its animals for sale in a worldwide market — and with this is we are exposing ourselves to a dizzying array of new diseases,” she added.

“The longer the wildlife stay in supply chains with other humans and people, the greater the risk of spillover of a wildlife disease to humans. We are playing Russian Roulette with the threat of pandemics and in the end we will lose … big. And Covid-19 is only the beginning,” she said.