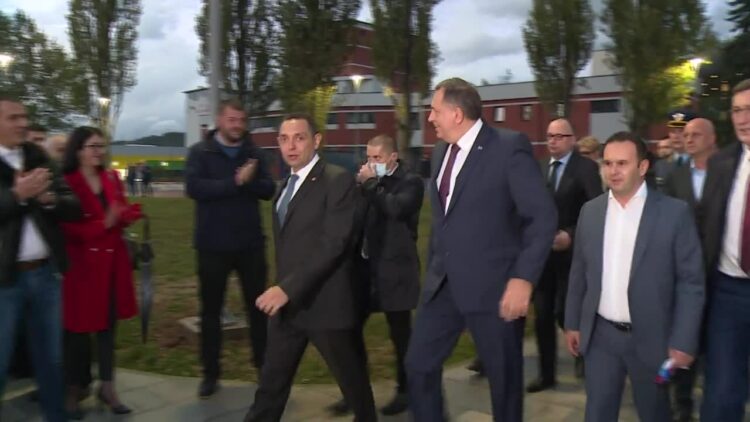 Eastern New Sarajevo is in the RS, the majority Bosnian-Serb entity of Bosnia-Herzegovina.

He added that the opening of the square, which cost a million Euro, showed the population of the RS that Serbia wants to make their lives better and easier. “When President Vucic takes decisions crucially important to the fate of the Serb people he considers how those decisions will affect Serbs wherever they live, especially the RS,” he said.

The ceremony included a presentation of an Eastern New Sarajevo Municipality Plaque for Vucic which Vulin accepted as the president’s envoy.

Dodik said that the square is important because it shows that Serbia sees the RS as part of itself. “We are here but we want to be citizens of Serbia,” he said.

A time capsule was placed at the foundation of a postament for a future monument to the family in the center of the square.