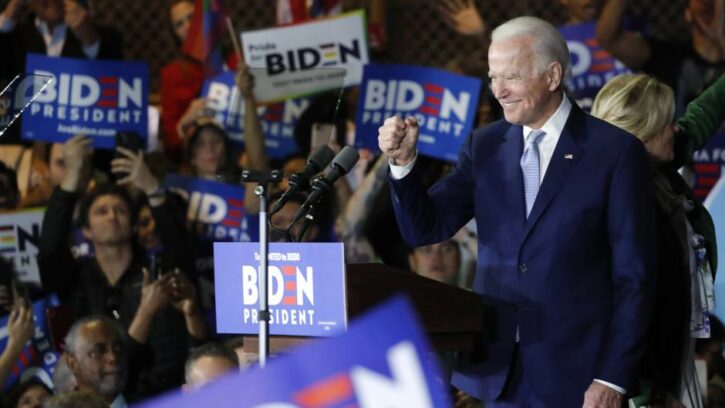 For Bosnia to succeed, it will need steadfast support from the United States and therefore, Joe Biden will convene over the EU and NATO to jointly develop a strategy for anchoring the Western Balkans in Euro-Atlantic institutions, says the official document from Joe Biden' campaign, presenting his plan of action in case he wins the US presidential election.

“Unfortunately under President Trump, U.S. Influence in the region has faded as the administration has cast the European Union ad a strategic adversary and questioned the value of the NATO Alliance,” the document states.

The document also recalls that during the Obama Administration, the US-led by Biden sanctioned the Bosnian Serb leader Milorad Dodik “for actively obstructing the Dayton Accords sending a strong signal that the US will not tolerate threats to the sovereignty or territorial integrity” of the country.

Joe Biden was engaged in the situation in Bosnia since the beginning of the 1992 war in the country which ended with the signing of the Dayton Peace Agreement in 1995. It laid the groundwork for the country's Constitution which is also the Annex four of the Agreement. Over the years, as Bosnia struggled to secure stability and justice, Biden worked on US’ help to the country's EU and NATO accession.

Excellent @JoeBiden statement on ??.
‘Joe Biden knows that for Bosnia and Herzegovina to succeed, it will need the steadfast support of the United States… that now is the time for bold and decisive U.S. leadership to spur reform’

Big words. Many in ?? will be heartened. pic.twitter.com/NaoQaJIPbI

The document further stipulates that when the war broke out, as a senator, Biden argued that the US “could not stand by while innocent civilians were raped, murdered and buried in mass graves.”

Biden was instrumental in convincing the US government and their EU allies in stopping former Serbian President Slobodan Milosevic's “brutal campaign of genocide” in Bosnia and Herzegovina.

“In February 1991, Joe Biden convened one of the first congressional hearings on the looming breakup of Yugoslavia and was one of the first and strongest voices to speak out against Serbian attacks on Bosnia,” the document states, adding that in 1993, he called for the lifting of the embargo on arms sales to Bosnia, after accusing Milosevic of participating in war crimes.

In the document, Biden also suggested that now is the time for bold and decisive US leadership to spur reform and reconciliation and recommit to the long-held goal of a Europe whole, free and at peace.