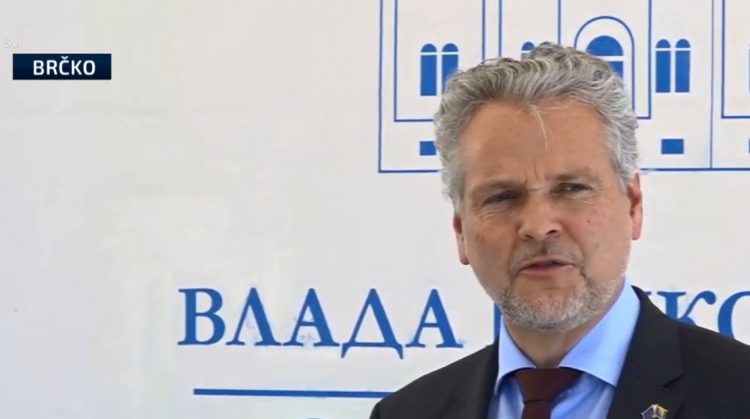 The European Union is implementing 15 infrastructure projects in BiH worth over €250 million, the Head of the EU Delegation to Bosnia, Ambassador Johann Sattler, said Tuesday in the northern city of Brcko where he met Mayor Esed Kardic and Croatian Infrastructure Minister Oleg Butkovic to discuss the practical implementation of these projects.

“Thanks to the significant financial support provided by the EU, it would not be possible to work on the realization of these projects without it. Currently, we have about 15 key infrastructure projects in progress in BiH whose total value is over €250 million, provided through grants. These are significant resources that will enable us to go further and continue according to plan,” Sattler added.

The head of the EU Delegation to BiH thanked the authorities of the Brcko District, who showed over the past two years that cooperation is very possible and that they can serve as an example to others.

“One of the successful indicators is the Law on Peaceful Gathering, which is in line with European standards. These are good examples that show that through joint work we can achieve some of the set goals,” he said.

He also said that works on the reconstruction of the Port of Brcko will begin, which is important not only for the citizens of Brcko, but also for the economy of BiH and tourism.